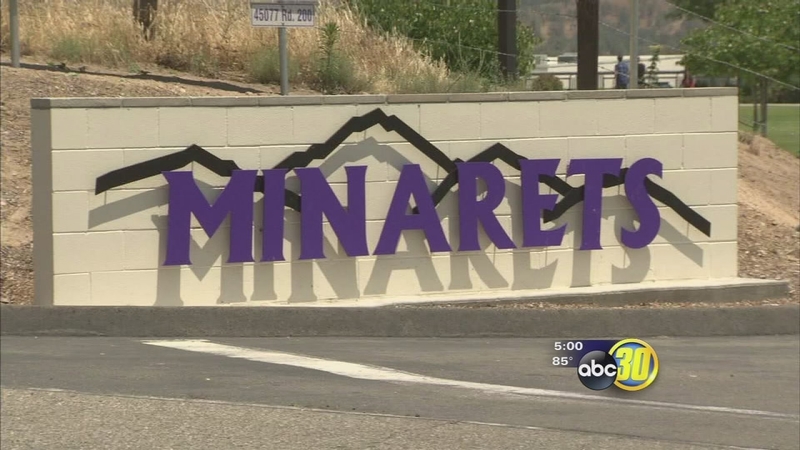 O'NEALS, Calif. (KFSN) -- Minarets High School in Eastern Madera County has a lot to be proud of, including great academics and a nationally-known FFA program. But this school year is ending on a disappointing note.

Minarets Principal Daniel Ching says two seniors got their hands on teachers' passwords and changed grades for other students.

"This is really unfortunate that this took place, at a time when usually it's kind of just happy and a celebration," Ching said. "In most cases it was limited to one or two classes and the grade changes were fairly minimal so as not to be detected."

But earlier this month, a teacher detected a discrepancy, which launched an investigation. Sometimes cash was exchanged between the students, Ching said.

The amount was around $10 per class, according to the Madera County Sheriff's Office. They say the two students will be charged with unlawful access and altering data on a computer network without permission.

"So this was fairly significant in that it doesn't happen very often and that it happened here in Madera County," said Madera County Sheriff Jay Varney.

Ching doesn't understand why it happened at Minarets, especially with a group of seniors who were so close to graduation.

"The bottom line is these students worked a long time to earn diplomas, and as unfortunate as this is, the ultimate goal is these students no matter where or how-they obtain the diploma that they worked for and they can move on and be successful adults," Ching said.

He says the two students that stole passwords and changed grades now attend a different school, and the others have been suspended until further notice. All of them are good kids that just made a bad choice, he says.

"This hopefully is a turning point for them and something that sticks out in their lifetime that they look at and say 'Hey that was something that I learned from and I'll never make a mistake like that again,'" Ching said.

Ching said the seniors involved in the investigation will not be able to attend end of the year activities.