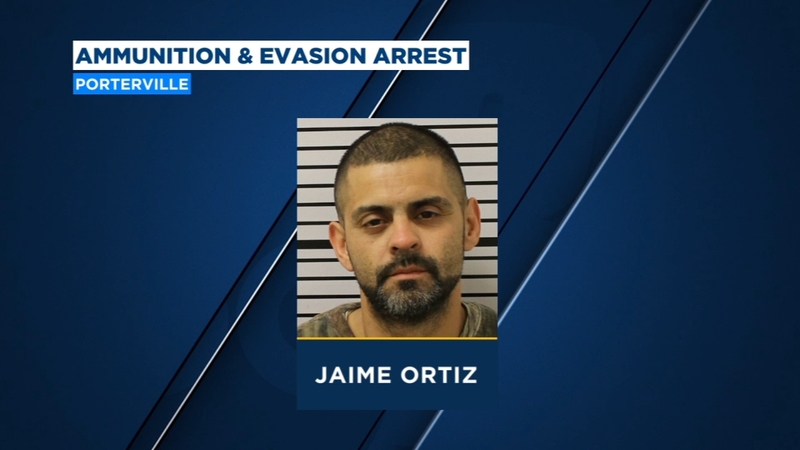 PORTERVILLE, Calif. (KFSN) -- Police are breathing a sigh of relief after chasing down a man who appeared to have a gun.

Ortiz was riding a bike and when the officer tried to stop him, he jumped off the bike and ran away.

Police noticed he threw away what looked like a gun as officers chased him. They eventually caught and arrested Ortiz.

That's when they realized the gun that Ortiz threw was actually just a replica BB gun.

However, upon a deeper search, they found real ammunition inside of the fake gun.

Ortiz is a convicted felon who isn't allowed to own ammunition, so police booked him on weapons and evasion charges.