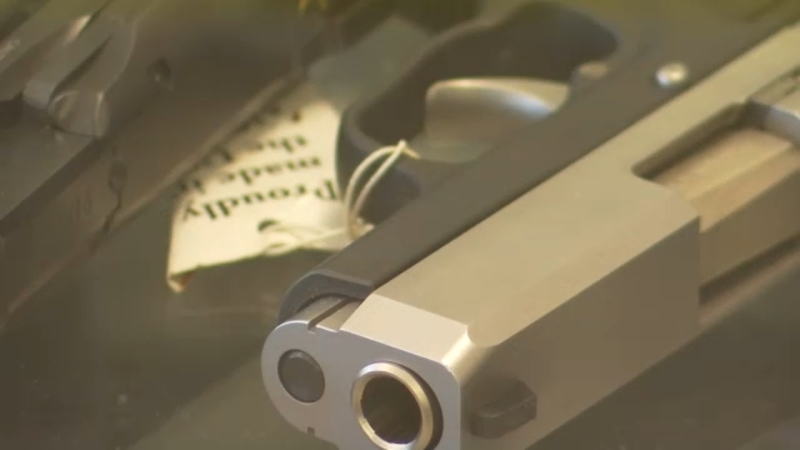 Gun violence is something the City of Fresno can relate to all too well.

Fresno Police Chief Paco Balderrama said, "As police chief, I do support people's rights to own guns safely and responsibly but one thing that does concern me is the number of illegal guns that we have in this community."

Chief Balderrama said there are many illegal weapons on the streets of Fresno. FPD's specialized units, like MAGEC, are recovering a lot of those guns off the street on a nightly basis.

The chief said his main concern is the illegal guns or ghost guns being possessed by felons and gang members.

"The second amendment is the right to bear arms, and I fully support that," Balderrama said. "But it has to be done responsibly. And the fact of the matter is - there are too many felons and gang members with high-powered weapons and that needs to stop."

Eli Smedley is the General Manager of PRK Arms. He said, "It doesn't matter that it's not serialized. These are the same people that are going to get a firearm, or a weapon of some sort, regardless of whatever laws are put in place."

PRK Arms is a gun shop in Fresno. Smedley said the President's new actions are a 'knee-jerk reaction'. He also added more restrictive gun laws increase their gun sales short term, but hurts the industry in the long term.

"All it's going to do is make it harder for us to do our job and it's only really going to affect the good people that have good intentions, that want to do things properly," Smedley said. "At the end of the day if somebody is prohibited and they can't or firearms. Generally they know it, and they don't even bother."