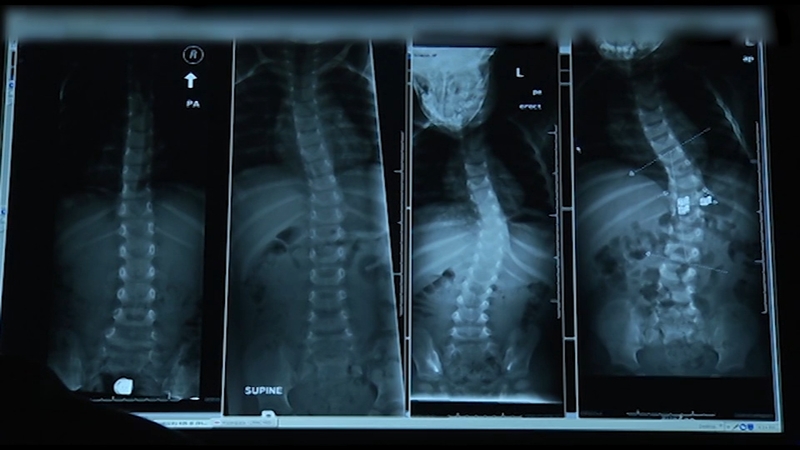 When your child is injured or ill, you want to find out what's wrong as fast as possible and many times that will involve an x-ray or CT scan. But are those tests safe for your child? Can the radiation involved do more harm than good? Now, new Nobel-prize winning technology is changing the way your child will get scanned, making it smarter and safer scans.
From broken bones to something more serious, millions of children get an x-ray each year, but safety is a concern.

"Too much radiation certainly can increase your risk of cancer into adulthood. And I think patients are particularly susceptible when they are growing," explained Michael Glotzbecker, MD, chief of pediatric orthopedics at UH Rainbow Babies and Children's Hospital.
X-rays expose your child to less radiation than you get on an airplane flight. But about one in eight scans ordered for kids is a CT scan that takes multiple images and can deliver radiation doses that are up to 200 times higher than an average x-ray. Now doctors are working with the new EOS Edge x-ray technology that takes high resolution 3-d images with less radiation for safer scans.

"It's really important for pediatric patients because it reduces the amount of radiation that you get compared to standard x-rays by almost 85 percent," stated Dr. Glotzbecker.

Already used for adults, this technology can take two images, front and side at once and can turn those images into 3D.

"That's really important when it comes to certain orthopedic conditions, particularly when we look at surgical planning," Dr. Glotzbecker added.

The EOS Edge is being used in just a few children's hospitals in the country right now, but technology like this is expected to become the standard of care in the near future.
Doctors say the expense and size of the machine are two factors that limit some hospitals from converting to the new technology.

They say if your local children's hospital does not yet have the technology, don't be afraid to ask your healthcare provider if another test, which uses less radiation, could provide the same information for safer scans.