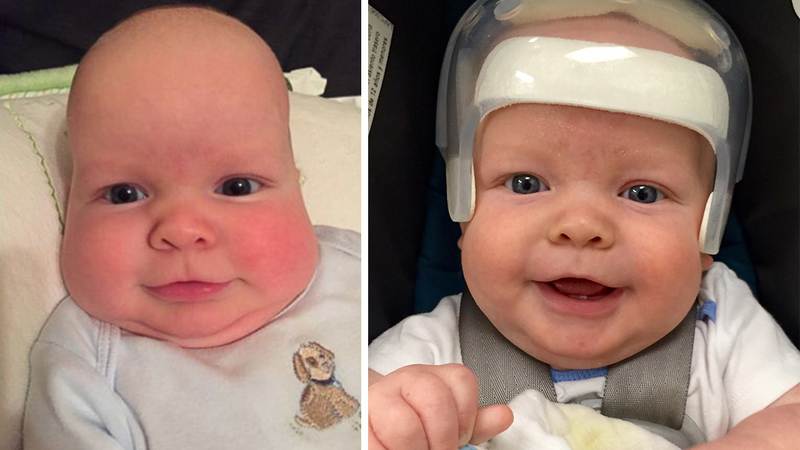 An infant boy had to undergo surgery and wear a protective helmet after being born with an unusual-looking head.

Matthew Boler's parents thought that their infant son had just followed in the genetic tradition of the family's large, round heads.

"We definitely thought it looked a little unusual. We thought maybe he has an unusual-shaped head," Matthew's mom Megan Boler told ABC News. "We didn't think about any of the ramifications."

But during Matthew's 2-month checkup, a pediatrician warned his parents that their son had been born without a soft spot on his head. The doctor warned that Matthew might have a dangerous condition known as craniosynostosis which causes the joints between the bones of a baby's skull to close prematurely resulting in the brain not being able to grow properly and a misshapen head.

"I was in shock," Boler told ABC in an email. "I felt overwhelmed and scared about the well-being of our little boy. The name alone, craniosynostosis, is a mouthful and scary sounding."

"Don't take this lightly, I want to refer you to the neurosurgeons at Texas Children's Hospital," Boler recalled the doctor saying.

Officials at Texas Children's Hospital in Houston confirmed that Matthew indeed had sagittal synostosis, and the infant had to undergo surgery to correct his misshapen skull at just 10 weeks of age.

"His brain was growing underneath but the skull doesn't allow for it because of the way it's fused," Dr. Sandi Lam, Director of Craniofacial Surgery Program at Texas Children's Hospital, told ABC News. "There's no medicine that will unfuse the bone, the treatment is surgery and basically we have to cut out the bad bone." 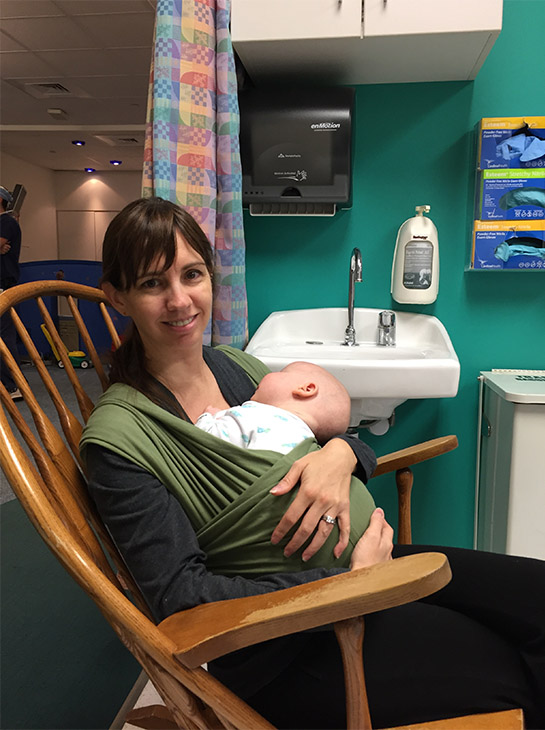 Lam said that Matthew's young age benefited him, as doctors were able to perform the surgery with smaller cuts and that the infant's brain would help reform his skull post-surgery. Boler said she was surprisingly calm during the procedure.

"We were so well informed by the staff at TCH prior to the surgery and were updated constantly during the surgery. We also had so much love and support from family and friends."

The procedure, performed on October 23, 2014, proved to be a success, with Matthew able to get back to his regular self just 72 hours later.

Doctors originally estimated that Matthew would have to wear a special helmet to help his skull form properly for up to a year. Luckily, Matthew only had to wear the helmet for four months.

"The months of helmet therapy were hard on me but he took it all in stride," Boler told ABC. "He has low-muscle tone in his torso, which I have found is not unusual for kids with craniosynostosis. He is currently doing physical therapy and is making great progress."

Boler said that she has learned a lot from the experience and that it has strengthened them as a family.

"I learned a lot about trusting others to take care of my child," Boler said. "I also learned to take Matthew's lead. When ever I began to feel overwhelmed or scared and I just looked at his smiling face and knew it was going to be ok. He met each obstacle with a smile."

Boler's mom hopes that Matthew's story will raise awareness about craniosynotosis and may lead to more early diagnosis. Lam and his team at Texas Children's Hospital say they are proud of the medical help they've been able to provide Matthew and other children with his condition.

"Most babies undergoing endoscopic surgeries go home the day after surgery. It's great to see how wonderfully these patients do after their procedure," Lam said in a statement.