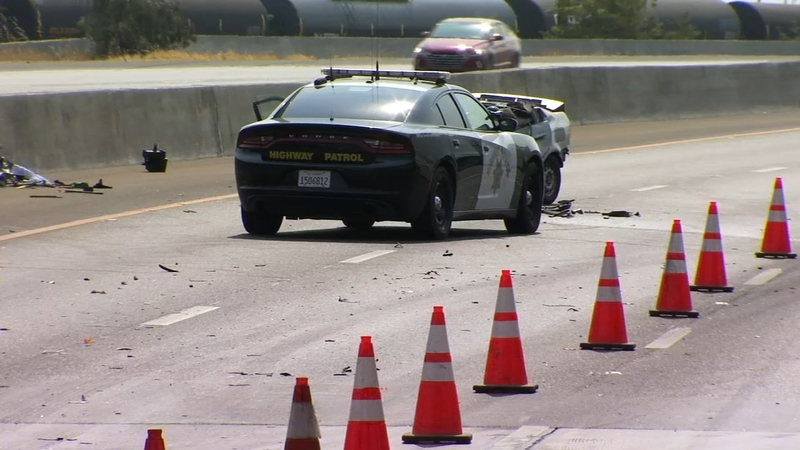 It happened on Highway 99 near Ashlan Avenue at about 8:15 am.

The crash shut down a part of the highway for more than seven hours.

Garay, a Clovis resident, suffered major injuries in the crash and was rushed to the Community Regional Medical Center.

He died from his injuries a few hours later.

Cars were at a standstill for miles while the California Highway Patrol investigated the deadly collision.

According to officials, a Caltrans maintenance crew in a sweeper truck was cleaning the center median on the southbound side highway 99 near Ashlan Avenue when Garay's Honda Civic collided with a Caltrans safety truck - equipped with a large crash bumper- that was protecting the sweeper.

The Honda Civic then spun into another lane, hitting a big rig and a school bus without children onboard.

CHP is continuing their investigation into this crash.

They say it's unclear whether alcohol or drugs were a factor and why Garay did not see the Caltrans truck.