Suspect Michael Harris is the lead pastor at Santa Paula Freewill Church in Ventura County, according to the church's website.
KFSN 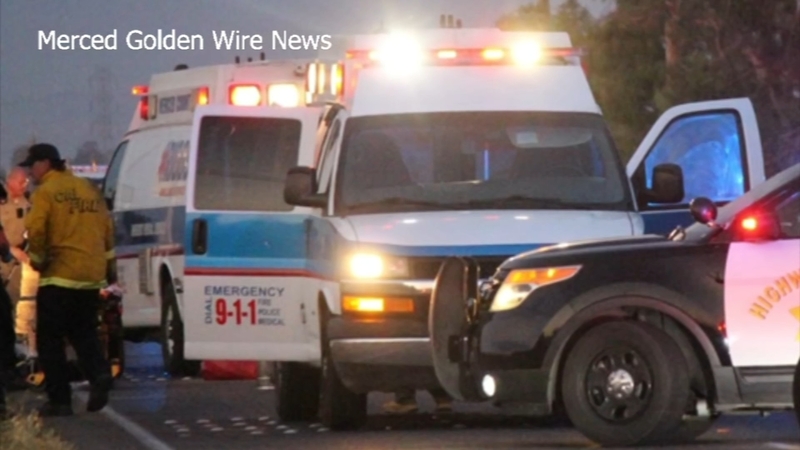 MERCED, Calif. (KFSN) -- Authorities have identified the bicyclist killed in a hit-and-run crash in Merced on Monday night.

The victim is Brian Chuc, a 22-year-old UC Merced student. Investigators say his bicycle was hit from behind by a vehicle driven by 64-year-old Michael Harris.

Harris is the lead pastor at Santa Paula Freewill Church in Ventura County, according to the church's website. Action News reached out to Harris and the church but has not received a response.

Investigators say Chuc landed on the front of Harris' vehicle, went over the roof and was thrown into the roadway.

The CHP says Harris then drove away without stopping. His license plate was found at the scene, and authorities tracked him down in Bakersfield. Investigators say he told them he had hit a deer. Harris was booked into the Merced County Jail on manslaughter and fatal hit-and-run charges.

UC Merced released a statement Wednesday, describing Chuc as a passionate and caring student from Los Angeles who was studying sociology and philosophy and living on campus.

"I had the great fortune to have frequent conversations with him about his academic course work, his understanding of leadership, his passion for UC Merced and his desire to make a difference. One of his faculty members shared that his inquisitive nature could elevate the conversation in class for everyone. His contributions to the campus community will be missed," Vice Chancellor for Student Affairs Charles Nies wrote in the statement.

The university said it would hold a virtual moment of silence for Chuc on Friday at noon.

NOTE: The video above is from an earlier story and will be updated.