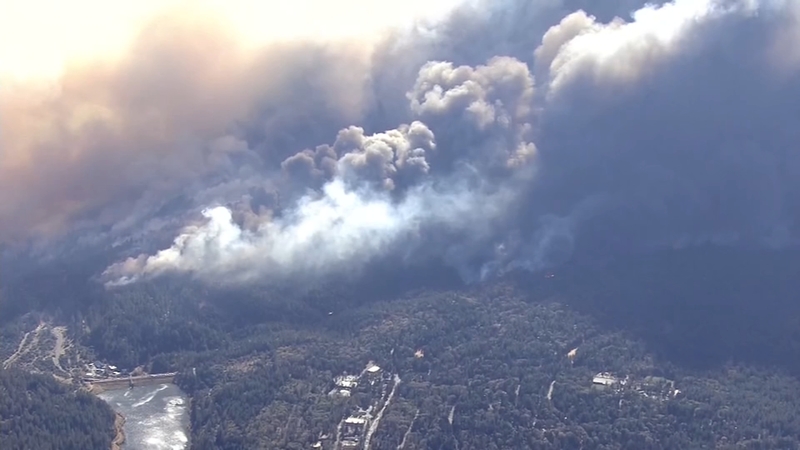 MADERA COUNTY, Calif. (KFSN) -- In the peak of fire season, many homeowners in the foothills are facing a new fear -- getting burned by their insurance companies.

Many of them have received letters canceling their fire insurance coverage.

Insurance agents are calling this a crisis and say they're receiving dozens of calls from folks needing a new policy.

That's what Sowell says her fire insurance rates could end up costing.

She's one of many that received a letter stating their fire insurance was canceled.

"They're blaming the high brush. That's surprising to me because I keep the grounds clear," said Sowell.

She's not the only one who's been burned by her insurance company.

Brian Harper with Farmer's insurance in Oakhurst says he's getting at least 20 calls a week from folks dropped by their current insurance companies.

He says after massive fires like the Camp Fire, he and other insurance brokers have had to write up policies insurance through what's called the California Fair Plan, which he describes as a last-resort insurer.

"They're having to go from a preferred policy where they are paying $1,400, to that California Fair Plan which is more than $3,000," said Harper.

Madera County officials say with thousands living in the foothills, they're trying to figure out ways to bring down the fire risk and insurance rates.

Supervisor Tom Wheeler says one way they're doing that is by paying volunteer firefighters more money.

As for Sowell, her search for coverage is about to start.

"It's like they don't want you to live up here. It's heartbreaking," said Sowell.