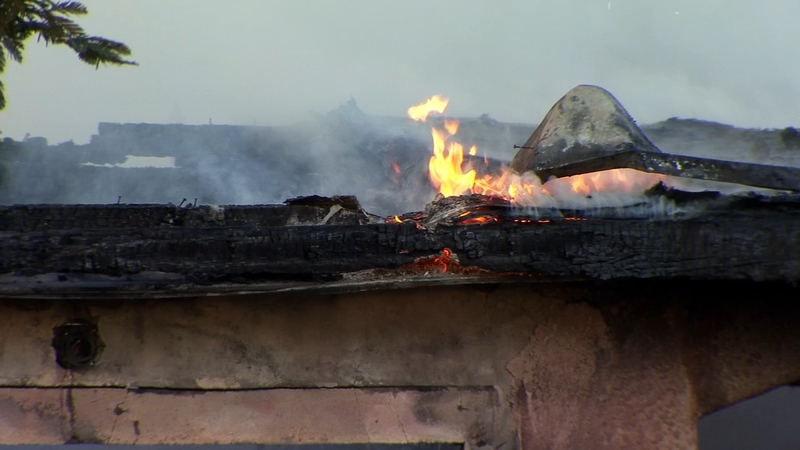 CRMC doctors claim there has been an increase in people coming to the ER with fire injuries and illnesses, how to prevent house fires

FRESNO, Calif. (KFSN) -- A school custodian in Madera helped get two people out of a burning home this morning.

Just days ago, another house fire in Fresno county killed two people and injured several others.

Doctors at Community Regional Medical Center say they're seeing an increase in people coming into the ER with fire injuries and illnesses.

Two of the victims were brought here to CRMC and they're conditions are still unknown at this type.

Doctors say unfortunately, this is the time of year where they see more patients coming into the ER for fire and carbon monoxide issues.

They're now warning folks about some common heating solutions that could cost you your life.

"We've seen a lot more and a lot more big numbers at one than in years past," said CRMC physician Dr. Micheal Darracq.

Dr. Darracq says a lot of those patients are coming in after being exposed to Carbon Monoxide as folks take dangerous measures to keep themselves warm.

"It is not uncommon for people to turn their ovens on or to move grills inside to stay warm. That's problematic because it exposes individuals to toxic gases," said Dr. Darracq.

Those measures can also lead to fires.

Two of those were from a house fire in Madera County on Thursday morning as Officials say a nearby school custodian helped rescue the victims inside the home.

Another eight victims were brought in from a home that went up in flames in Fresno, ending with two people dead.

"Be aware if you're lighting candles, any open-source of flame can result in a massive house fire," said Dr. Darracq.

Darracq advises folks to have working smoke and carbon monoxide alarms and to look out for the symptoms of breathing in Carbon Monoxide.

Darracq says if you feel any of these symptoms you need to get out of the area, and if you still feel sick, go to the emergency room.