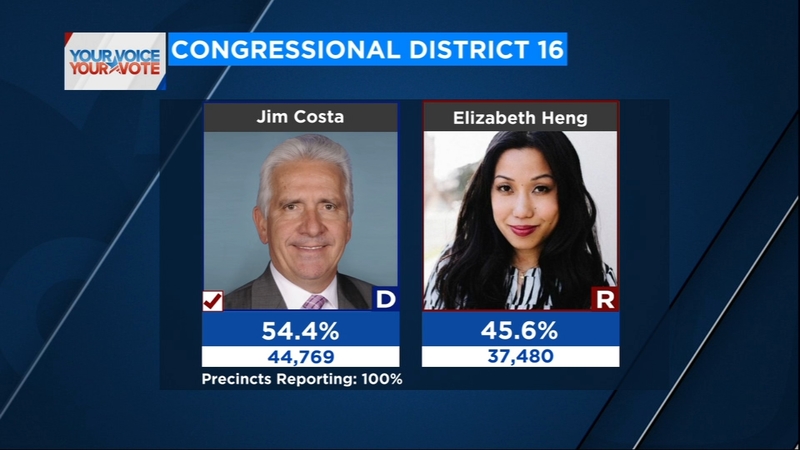 Rep. Costa has been a longtime politician, who has held the 16th District seat since 2004. He previously served in the California State Assembly from 1978 until 1994, and then in the State Senate from 1994 until 2002.

Some of the issues Rep. Costa says he wants to tackle include fighting for Valley water, protecting Valley farmers, fighting for better healthcare, along with several other issues facing the Valley at this time.

Rep. Costa spent a bundle in an effort to keep his seat and return to Congress.