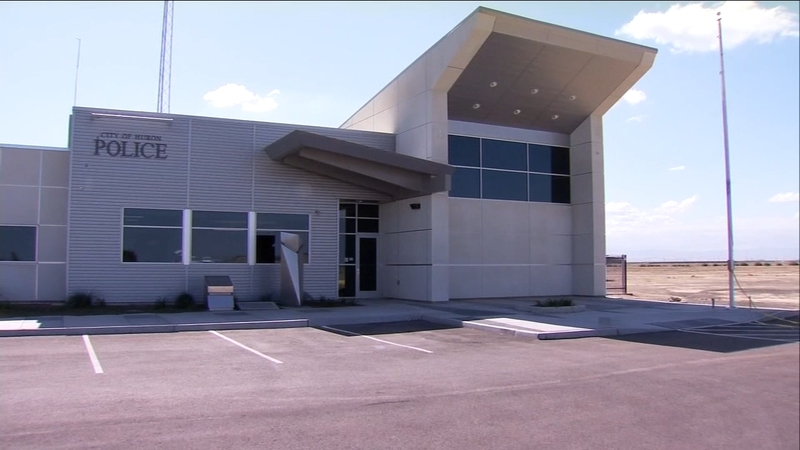 HURON, Calif. (KFSN) -- Huron Police are beyond eager to move into their new home, but right now, they're stuck in the outdated modular building they've occupied for more than 30 years.

A couple of years ago, Huron Police Chief George Turegano secured $4 million from the Board of State and Community Corrections for a new police building (it's named after him).

Construction finished in January of this year, and Turegano thought they'd be able to move in around that time.

"But that didn't happen," Turegano said.

The department is working with AT&T for its communication needs, but Turegano says communicating with the company hasn't exactly been easy.

Requests for service have been passed onto different representatives, and installation plans have fallen through.

"So now we're at our third person in that process and still AT&T has not been able to provide us all the things that we need," he said.

Turegano says they still need AT&T to transfer telephone lines from the old building to the new one, and install their 9-1-1 system.

Until then, they can't move into the new building, which is twice the size of the modular and includes modern amenities for officers and police staff, interview rooms, and holding cells.

There hasn't been any police work done in the building yet, but Huron's city council holds its meetings in the sky room.

"We're not only the city police department, but we're vital to everything that's safety-related except for fire," Turegano said. "So it's really important that this building be fully operational so the taxpayer can get what they paid for."

Turegano filed a complaint with the company on Tuesday.