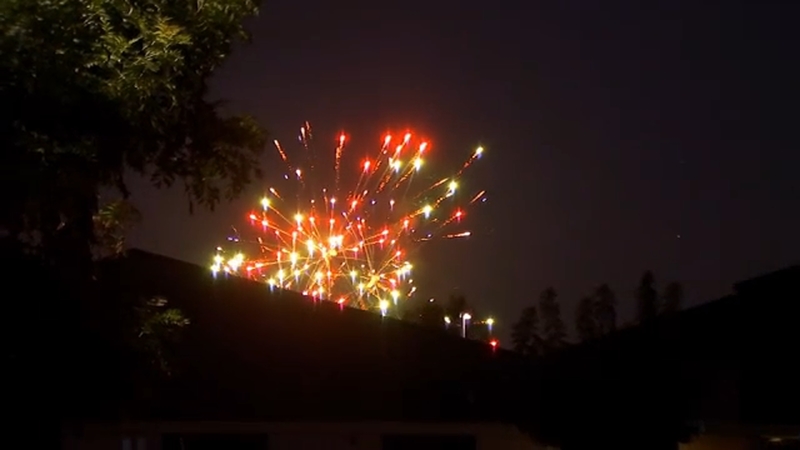 FRESNO, Calif. (KFSN) -- The Fresno Fire department is proposing stricter consequences for those who use illegal fireworks.

They're also hoping to expand who can be held accountable.

Helmet cam video from July of 2020 shows Fresno Fire crews battling a fire and rescuing a dog from inside a burning home near First and Platt.

Just a day later, a good Samaritan stopped by a home that was on fire at Chestnut and Church.

The homeowners were fast asleep as the flames spread.

"They came and knocked and banged on the door and were able to get my parents out safely," Alex Castenon, the fire victim's son told Action News in 2020.

Both of those fires were started by illegal fireworks.

"They'll land in a bed of, whether it's vegetation, a shake roof, any susceptible fuel bed, they'll sit, they'll smolder, smolder, smolder and then the fire will eventually start. It happens often," said Fresno Fire Deputy Chief Billy Alcorn.

Just last year, illegal fireworks on the 4th of July ignited the shake roof at a vacant building on Shield and Wilson Avenues, twice.

That's why Fresno Fire is proposing changes to the city's ordinance.

Currently, police and fire investigators have to see someone lighting or discharging an illegal firework to cite them.

The proposed changes would no longer require that and would allow fire investigators and police the ability to cite the tenant, property owner or host of the event where the illegal fireworks are being used.

Fresno Fire will also ask the council to increase the fine that comes along with the citation.

This week @FresnoFire is asking city council to expand who can be held accountable for using illegal fireworks and to increase the fine that comes along with it. Currently, the fine is $1,000. These are the fines they are proposing, per calendar year. @ABC30 pic.twitter.com/Fl07res0up

The second offense in a calendar year would be $3,000

"The hope is to reduce the amount of illegal fireworks being used throughout the city of Fresno, that's really the goal," said Deputy Chief Alcorn.

The proposed changes are on the city council agenda for this Thursday.