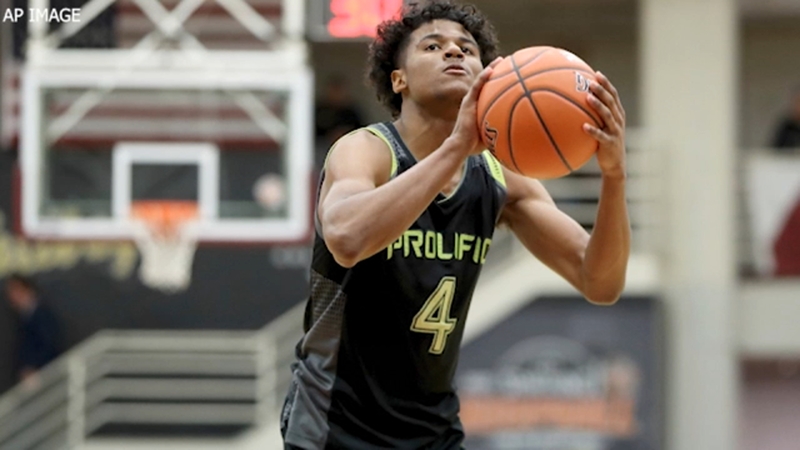 FRESNO, Calif. (KFSN) -- The NBA draft will air Thursday evening at 5 pm on ABC30, and we are all excited to see which team selects Jalen Green of Fresno.

Valley sports fans will tell you he is the best player in the NBA draft but it all comes down to a team's most pressing need.

The 6'5" 19-year old is about to learn where his NBA career will begin.

Former San Antonio Spur and Edison High grad Bruce Bowen has been watching Jalen develop over the past five years.

Bowen said, "I am so thrilled about his limitless ceiling. Now when it comes to the NBA, it's a business."

Bruce is hoping Green lands with a team with solid veterans to help him adapt to the pro lifestyle.

He explained, "What I mean by the business aspect Dale is, how you eat, how you take care of your body for 82 games in a season. Even when you are physically spent, what are you doing to learn more about the game via watching film?"

Jalen Green hasn't been selected by an NBA team yet but he's already giving back. He refurbished the court where he used to play at Koligian Park.

Green said, "It's surreal in a way. I didn't expect to be here. I came from nothing. I wasn't even a basketball player in the beginning so it's a blessing."

Jalen already has an endorsement deal with Adidas, as well as a rookie card contract with Panini, which owns brands such as Donruss, NBA Hoops, and Prizm.

Panini Vice-President of Marketing Jason Howarth said, "He's a collectible player that fans are going to want to collect no matter where he's picked. That energy where the building feeds off of you. That's definitely what Jalen has going for him."

Green left San Joaquin Memorial after his junior year to play at Prolific Prep in Napa. Then it was on to the NBA G League.

Actually, after Bruce Bowen's beef, we were out of time.