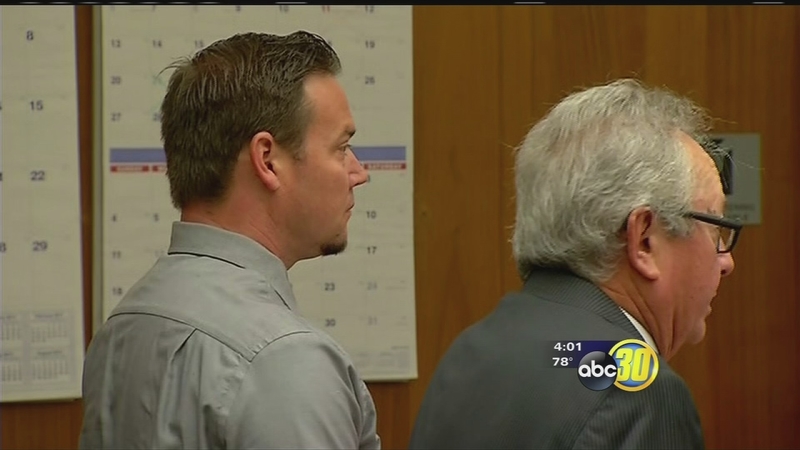 FRESNO, Calif. (KFSN) -- Orosi High School teacher Jason Whited made his first court appearance since being arrested and then bailing out last month. He pled not guilty to two felony counts and a misdemeanor for inappropriate conduct with a minor.

"There was somewhat of a relationship, you can tell by the text messages," said Kerri Lopez, Tulare County Assistant District Attorney.

Lopez said the District Attorney's Office has copies of all texts between the two, who she said knew each other for some time at Orosi High School. Whited was teaching in the visual and performing arts department.

The school district placed Whited on administrative leave at the time.

When asked if Whited was still on leave Thursday, the district superintendent told Action News that she couldn't comment and it is a personnel matter.

"If somebody is having a difficult time at home or difficult time in life, I think they do tend to gravitate towards a teacher, someone they feel comfortable with. But it's up to the teacher to keep that professionalism, and sometimes that doesn't happen," said Lopez.

Whited bailed out shortly after being arrested. Prosecutors said that gave them some time to complete their investigation and file charges on Wednesday.

They are not aware of any other victims but said the case is still an open investigation.