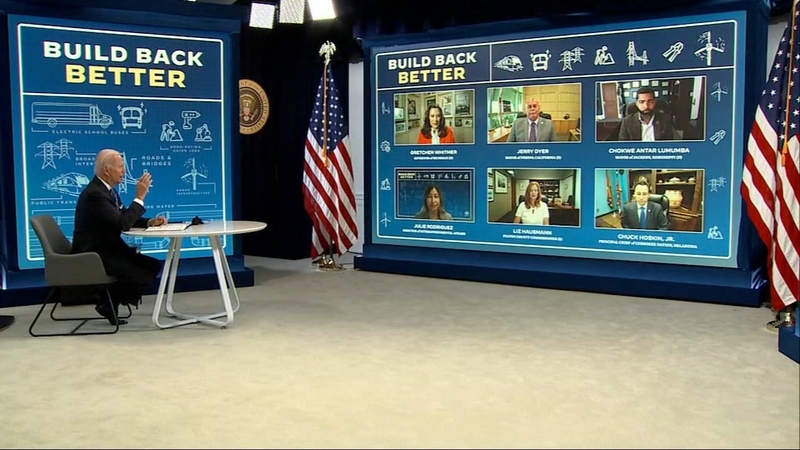 Dyer was one of just six people involved. Other participants included the Governor of Michigan, Gretchen Whitmer, and the mayor of Jackson, Mississippi.

Much of the talk focused on the Infrastructure Investment and Jobs Act.

The Senate approved the $1 trillion plan on Tuesday. The bill is now in the House, waiting for approval.

It includes funding for roads, bridges, the electric grid, public transit and airports.

It's money that could help improve transportation here in the Central Valley.

"I thought the meeting with the president went very, very well," Dyer said. "He was very attentive to the needs of Fresno. Very apparent to me that he had been briefed on things that we are doing here to include our electric buses as well as high-speed rail. I think I saw that I stressed that what is important to Fresno and that is that we have some of the worst air quality in the nation.