After nearly a century, Land O'Lakes removing Native American maiden from its packaging 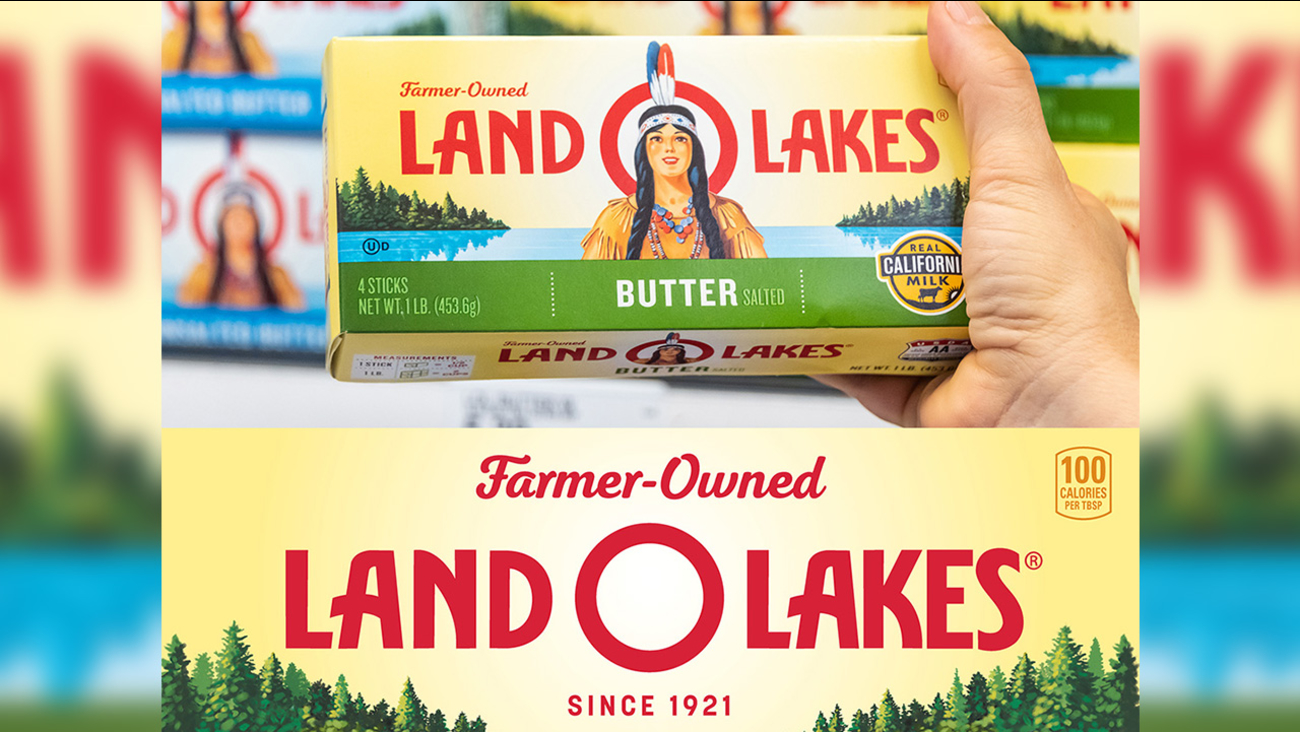 ARDEN HILLS, Minnesota -- Land O'Lakes is quietly changing its look, and the Native American maiden that has been kneeling on the Minnesota company's butter and dairy packaging for nearly a century is disappearing.

Land O'Lakes President and CEO Beth Ford said in a news release that the company is repackaging its products as the company "looks toward our 100th anniversary." The company plans to add images of their farmer-owners "whose milk is used to produce Land O'Lakes products," Ford said.

"As a farmer-owned co-op, we strongly feel the need to better connect the men and women who grow our food with those who consume it," Ford said. "Our farmer-to-fork structure gives us a unique ability to bridge this divide."

A reporter contacted Land O'Lakes for additional comment, and spokesperson Natalie Long said the packaging shift is meant to focus on the farmers behind the company's butter and other products. It is unclear if the Native maiden image will disappear completely at this time.

Land O'Lakes was founded by a group of Minnesota dairy farmers in 1921, and the new packaging, which is already starting to show up in grocery stores, will be added to tub butter spreads, foodservice products, deli cheese and in the spring and summer on stick butter packages, said the news release issued Feb. 6.

The Native American maiden, named Mia, first appeared on Land O'Lakes packaging in 1928, seven years after the Minnesota Cooperative Creameries Association was founded by 320 farmers in St. Paul. Arthur C. Hanson, who was the first illustrator for the ad firm Brown and Bigelow, came up with the original design evoking rural Minnesota with a blue lake, green pine trees, and a Native woman in a buckskin dress and feather headdress.

Since then, the packaging changed twice, once in 1939 and a second time in the 1950s when Patrick DesJarlait, an Ojibwe artist, was hired to revamp the depiction, according to a student-run blog of Villanova University's History Graduate Program.

Native people have called the imagery racist, and that it goes "hand-in-hand with human and sex trafficking of our women and girls.... by depicting Native women as sex objects," according to Rep. Ruth Buffalo, D-Fargo, who is a registered member of the Mandan, Hidatsa Arikara Nation, and is from Fort Berthold Reservation.

"Yes, it's a good thing for the company to remove the image. It's kind of like with land acknowledgments; it's a good gesture and a step forward. But we can't stop there. We as a whole need to keep pushing forward to address the underlying issues that directly impact an entire population that survived genocide," Buffalo said.