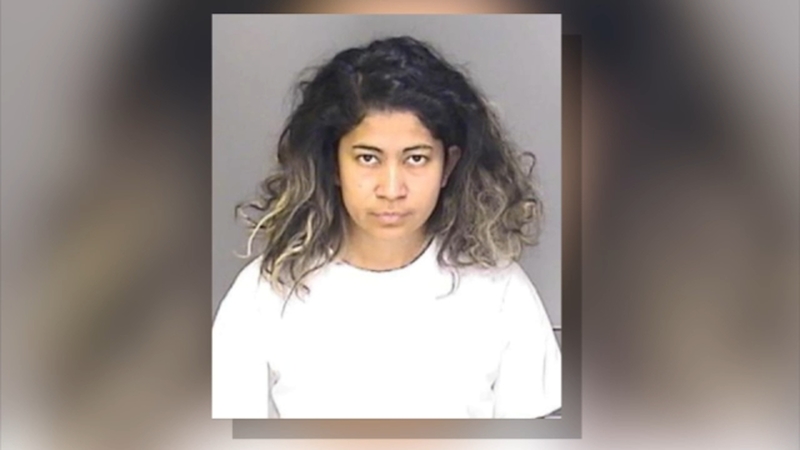 MERCED COUNTY, Calif. (KFSN) -- A Merced County mother who was arrested this month for killing her three children made her first court appearance on Wednesday, the same day her kids were buried.

A couple hours before that, their mother faced murders charges for the first time in court.

Three hearses carried the Ortiz-Lara children from funeral services in Merced to their burial at the Plainsburg Cemetery.

RELATED: Le Grand woman charged with 3 counts of murder for deaths of her children

Big crowds remembered Anna, the oldest at 8, who loved to sing at church.

5-year-old Matteo protected his sisters and loved to run.

And 3-year-old Alexa with her beaming smile.

They all died two weeks ago, allegedly at the hands of their 30-year-old mother.

"It's just heartbreaking," said Victor Estrada. "It's a tragedy."

Estrada was the minister to Patricia Ortiz in her younger days.

He told us she never got in trouble with drugs or violence.

But she appeared via video in court Wednesday charged with three murders.

Ortiz was originally housed in a psychiatric facility and during her court appearance, she wore a special vest for her own safety.

Estrada came to support her as a human being even though what she's accused of doing is horrible.

"I know we could easily judge somebody and think the worst of them, but we got to see and understand how God sees us," he said.

Coroners are waiting for toxicology reports and haven't determined exactly how the children died.

Prosecutors did not charge Ortiz with enhancements for using a knife or a gun.

They did accuse her of lying in wait and committing multiple murders, both of which could make this a death penalty case.

But prosecutors said Wednesday they haven't decided whether to pursue the ultimate punishment.

Several defense attorneys tell Action News that Ortiz's best defense will probably be to claim she was insane at the time.

RELATED: Community fundraiser held for Le Grand father of 3 kids who were killed

Some of her friends tell us she was definitely struggling mentally.

"She was in a dark place," said longtime friend Karla Gonzalez. "She went through a lot of mental health issues in the past. It has been going on for months."

Detectives say Ortiz tried to kill herself after killing her kids.