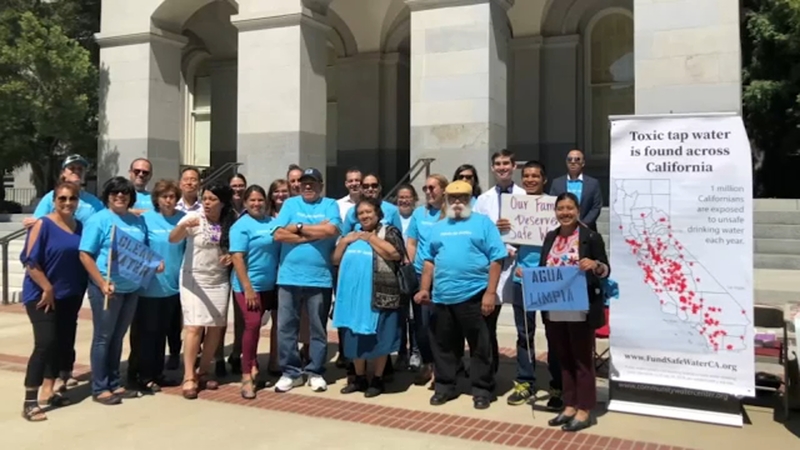 FRESNO, Calif. (KFSN) -- City Council President Luis Chavez introduced a $200,000 budget allocation for the legal defense fund, and another $100,000 to establish the first-ever Immigrants Affairs Committee office with a liaison.

It was passed in June and Chavez says it's historic.

"Because now, we have the city actually funding and supporting our immigrant community," he said. "Not just on a one-time basis, but by hiring someone full-time."

The cash will go toward helping immigrants in the Central Valley receive covered legal representation for their specific case.

Chavez says prior to the proposal passing, he initiated the legal defense fund two years ago.

It was sustained by donations, partners and helped 18 local immigrant families avoid deportation.

Lilia Becerril is one of them. She immigrated 32 years ago and says fighting for a legal status has been a lifelong battle.

"I've been scammed by multiple lawyers but haven't given up on myself or my community," she said.

She is a well-known advocate for the immigrant community and says they city's support is a step in the right direction.

"Eighteen families is a small portion of all the immigrants who are here, many who are frontline workers and haven't lost hope," she said.

Chavez says the application is open and they anticipate helping about 50 families with the new funding.

He says this program is meant to stay long-term and he has looked forward to this moment for a long time.

"This is something that is very important to me," he said. "My mom is an immigrant and as a son of an immigrant farmworker, it was really important for me to deliver on that and I think we did that."
Report a correction or typo
Related topics:
politicsfresnofresno city councilimmigration
Copyright © 2021 KFSN-TV. All Rights Reserved.
TOP STORIES
Police: Man shoots estranged wife to death in Clovis, injures 1
Man in wheelchair stabbed to death in central Fresno
Fresno teen's life and death words in murder case
Fresno developer files lawsuit against city, councilmember
Kaiser Permanente urging community to receive flu vaccine
UPDATE: Man killed in central Fresno shooting
Kings Canyon National Park closed due to KNP Complex Fire
Show More
Police investigating fire that badly damaged house in southwest Fresno
Speaking to UN, Biden says world at 'inflection point' amid crises
Fresno State working to add women to CSU engineering faculty
Hoover High student dies in suspected DUI crash ahead of 16th birthday
Man shot by deputies in west central Fresno, in critical condition
More TOP STORIES News