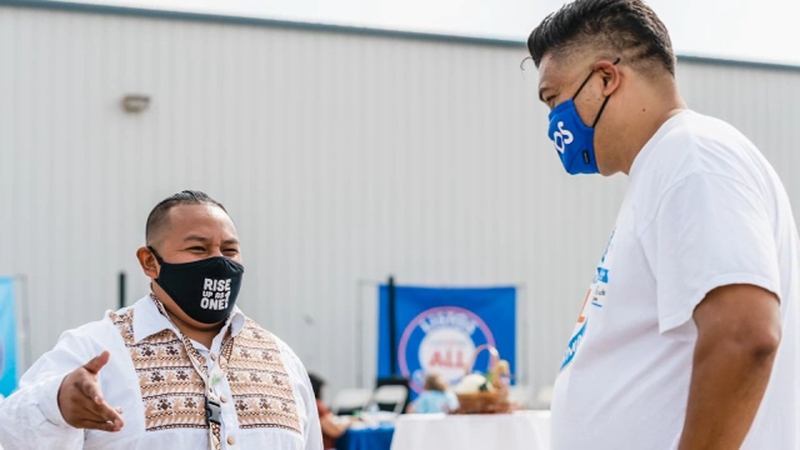 FRESNO, Calif. (KFSN) -- Getting ready for a disaster like earthquakes, floods and wildfires is essential in the Golden State.

Karen Baker took the lead on the Listos California Campaign in 2019 with the task of reaching the most vulnerable communities and educating them on emergency preparedness.

"There has to be a focused effort on educating people that may not speak English, that may be elderly, that may have disabilities," she said. "There is different information that needs to be communicated to the populations."

Their efforts also coincided with the Coronavirus pandemic and their one-year campaign became two. Meanwhile, their goal of educating 1 million Californians almost quadrupled.

"3.9 million, which is incredible, and we were able to provide the materials that people needed in at least seven languages," Baker said.

She says much of the success is because of local nonprofits like United Way Fresno and Madera.

Rico Peralta, director of the program, says they surpassed their local goal and reached about 300,000 people in the Central Valley.

He says the key was being innovative and adapting to vulnerable communities.

"So when we developed material that was translated by people who look like, sound like and represent the communities we tried to reach, that was something I am most proud of," he said.

With the recent spike in wildfires across the Valley, officials say disasters are going nowhere and being prepared will always be of the essence.

"There are so many vulnerable residents in the state and right here locally, so we want to continue to engage them to think and act differently in the event of an emergency," Peralta said.

Gov. Gavin Newsom is allocating $25 million annually for these efforts to continue as part of his California Comeback Plan.