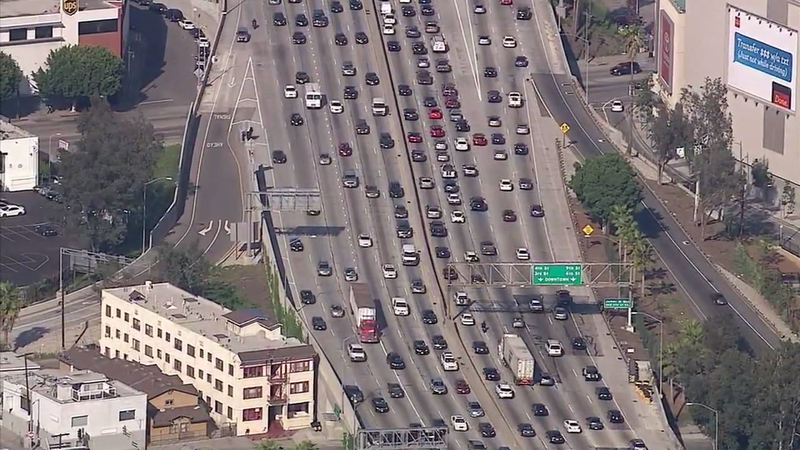 A new report from analytics company INRIX states that Los Angeles has the worst gridlock -- for the sixth year in a row -- out of 1,361 cities in 38 countries.

INRIX's Global Congestion Ranking report states that drivers in Los Angeles spent an average of 102 hours in congestion in 2017 during peak time periods, the equivalent of more than four days.

The report also listed the most congested corridors in the U.S. The 10 Freeway between the 405 and 110 freeways ranked fourth on that list. But Caltrans officials said they're not surprised by the results of the study.

"Congestion is a fact of life in L.A. and something that Caltrans is paying attention to," spokesman Michael Comeaux said.

Caltrans said the problem is demand for the road is just too high. L.A.'s freeway system was built in the 1950s when less people lived in the city, and estimates now show that number will grow to about 50 million by 2050.

"I'm ready to leave California, that's what goes through my mind when I'm in (traffic). Get me out of here," Pasadena resident Merritt Kirchoffer said.

More than 50,000 sensors and ramp meters are now in place to help Caltrans mitigate traffic conditions, according to the agency.

"They allow us to have a better idea of what needs to be done," Comeaux said.

But Caltrans also reminds commuters they can do their part, too, by checking traffic before heading out the door, or carpool, or take public transportation.

The study found that traffic congestion cost U.S. motorists nearly $305 billion in 2017, an average of $1,445 per driver. These sums reflect direct and indirect costs.

The U.S. accounted for 10 of the top 25 cities worldwide with the worst traffic congestion in the INRIX study.