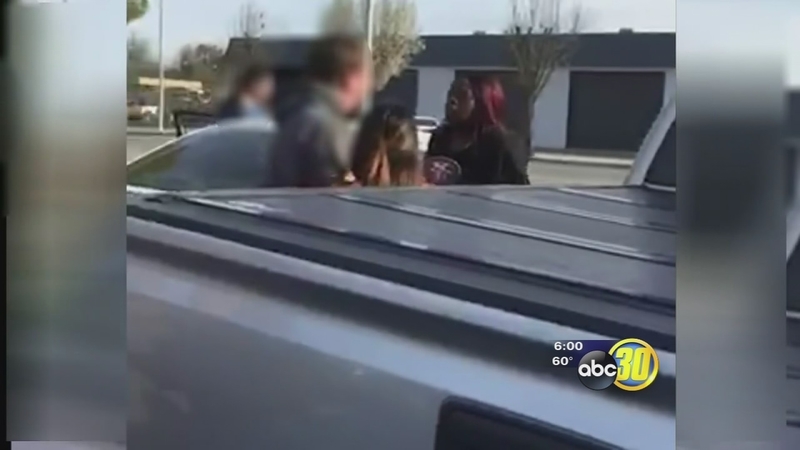 DOS PALOS, Calif. (KFSN) -- A Dos Palos High School employee was caught on camera beating who the school district identified as students from the school.

Police say officers responded to the incident on Friday; witnesses identified 32-year-old Shaneca Goldman as one of the people involved. They say she works with food service at the high school.

Chief Barry Mann with the Dos Palos Police Department said the incident occurred after school and off campus. He says the fight initially started between two 18-year-old adult students from the Dos Palos Oro Loma School District. Goldman was also there and ultimately began throwing punches herself.

"She felt that she was being threatened-- so that's why she got involved."

Police said they don't know what the initial fight between the students was about but do know the two adult students planned it ahead of time.

Spalding says they received the video on Monday, the employee was placed on administrative leave while they continue to investigate the video .

"We're reviewing that and acting accordingly with the video we have and the information."