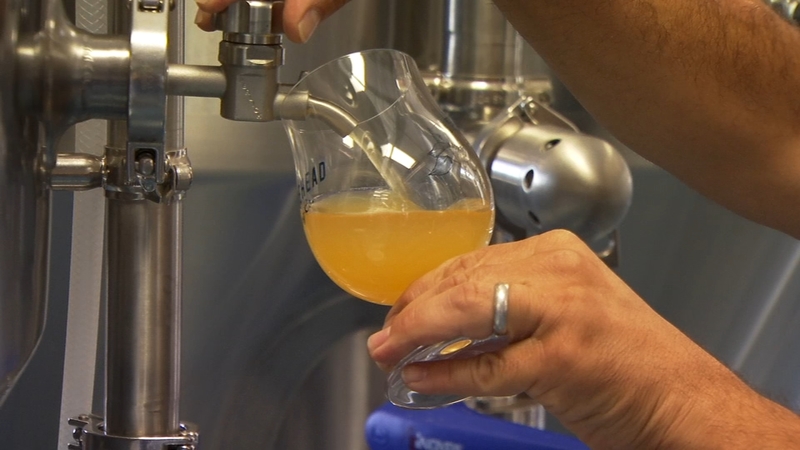 CLOVIS, Calif. (KFSN) -- In every inch of the space at MachineHead Brewing Company you can sense the pride and passion that went into building a dream for Clovis resident Rob Arabian.

"We didn't have any big money behind us, safety nets. We basically went all in we believed in this project so much and our passion for it is so intense. We were like 'we are going to do this," said Rob Arabian, MachineHead Brewing Co.

Arabian and his wife, a pediatric nurse, are the owners of MachineHead Brewing.

They started in 2018 and had high hopes of opening in 2020. The empty taproom is lined with chairs, but they've been unable to open due to shutdowns.

"The last thing on our minds was a pandemic that was completely going to shut us down. At first, it was a two-week thing, okay what's going on. Then we'll ride it out. Until we realized that two weeks turned into five months, the bills are still coming through," Arabian said.

Despite setbacks from equipment delays and the commissioning process, they forged ahead to make beers they love.
They make a variety of beers from hazy IPA's to Barrel-aged sours.

"We kind of do the entire gamut. We love every kind of style you can imagine and we love to put all of our focus into the quality of it. It's kind of an unapologetic way to brew beer," Arabian said.

They call themselves a hop-driven brewery. About 17 taps are available. Six of the beers are served from tank to the tap.

"We are so grateful for the community, the neighborhood, friends and family. We couldn't have done this without any of them. We're not at the finish line yet, but we're there. We see it. We're about to reach for it," Arabian said.

They're looking forward to the day where people can raise their glass and say cheers.