MADD dash to breathalyzers for all drunk drivers 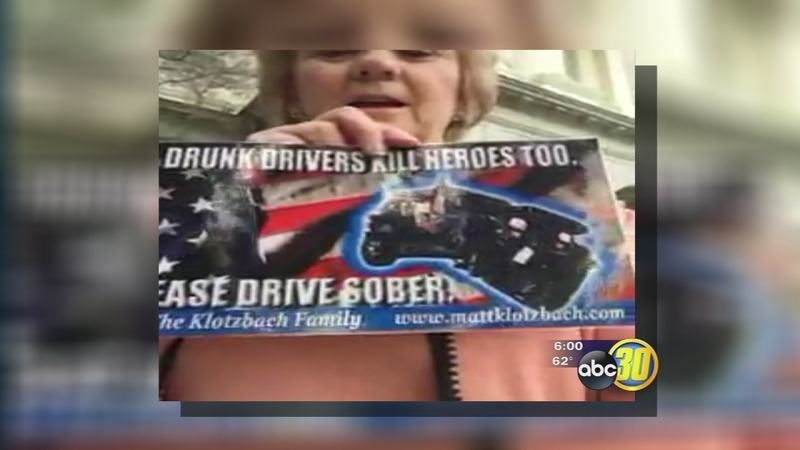 MADD dash to breathalyzers for all drunk drivers

"Over a million impaired driving incidences were stopped because of these devices," said Mary Klotzbach.

About a third of the deaths in drunk driving crashes are caused by people who've done it before -- repeat offenders. In theory, MADD's idea would keep those people from ever driving drunk, but in practice it's not 100-percent effective.

By the time Perla Vazquez knocked Frank Winslow off Highway 168, police had already arrested her for dui four times. Her fifth was deadly. Rien Ban also had a DUI history before four people died in a crash prosecutors say he caused while driving drunk again. Mary Klotzbach knows how it feels to be a victim and she wants it to stop. "It's a very small percentage of the population that actually kills while drinking and driving and that's the population we're trying to hit," she said.

A drunk driver killed Klotzbach's son just after he started at the Naval Academy in 2001. We interviewed her as she stood outside the state Capitol where she's lobbying for a state senate bill that would require all convicted drunk drivers to use interlock ignition devices -- forcing them to prove they're sober to drive.

A pilot program in four California counties, including Tulare, has stopped 124,000 people from driving over the legal limit since 2010. But DUI attorneys and the former drunk drivers who've used them tell me they're not effective. "There's really absolutely no evidence to support that initial, first offense DUI offenders that might be a .08 close to the legal limits, .10, that an IID is going to be effective in deterring them," said DUI attorney Michael Mitchell.

"Most of the people in my class, it was cost prohibitive for them to have it, so they just drove without it," said a 42-year-old Tulare County man who recently used the devices. "I don't think it was keeping anybody off the road."

Klotzbach admits those are concerns, but says the law gives drunk drivers an incentive -- get the device, follow the law and move on with your life. "We're not requesting any suspension period," she said. "They can go to work, take care of their families. They just can't drive impaired."