A Chevy Malibu burst into flames after the crash and the driver was later pronounced dead at the scene.
KFSN 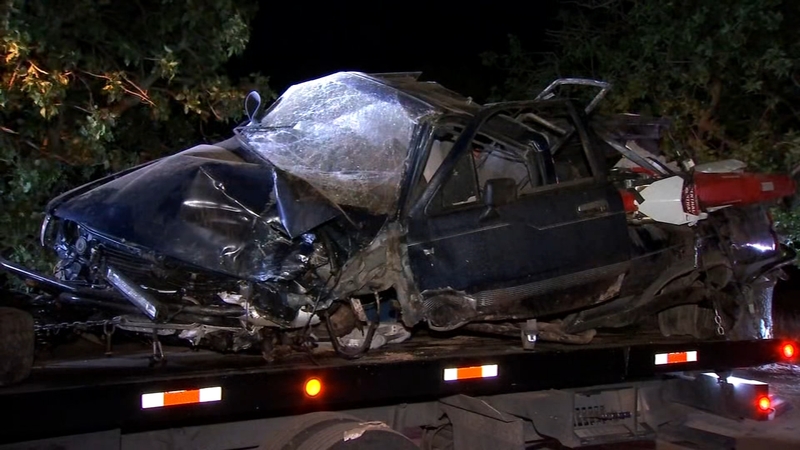 MADERA COUNTY, Calif. (KFSN) -- A head-on crash ended in flames in the Valley on Thursday night, killing a driver and prompting road closures.

Investigators say a Chevy Malibu was heading west on Avenue 9 near Road 38 just before 7:30 pm when they suddenly crossed over into oncoming traffic.

The female driver of the Chevy then crashed head-on with a pick-up.

The Chevy Malibu burst into flames after the crash and she was later pronounced dead at the scene.

The 29-year-old driver of the pick-up was air-lifted to the hospital with major injuries.

California Highway Patrol officers are working to determine why the driver of the Chevy Malibu drifted into the other lane.
Report a correction or typo
Related topics:
madera countyfatal crashmadera county
Copyright © 2021 KFSN-TV. All Rights Reserved.
FATAL CRASH