Malibu Canyon Road shut down due to rockslide; 1 person injured 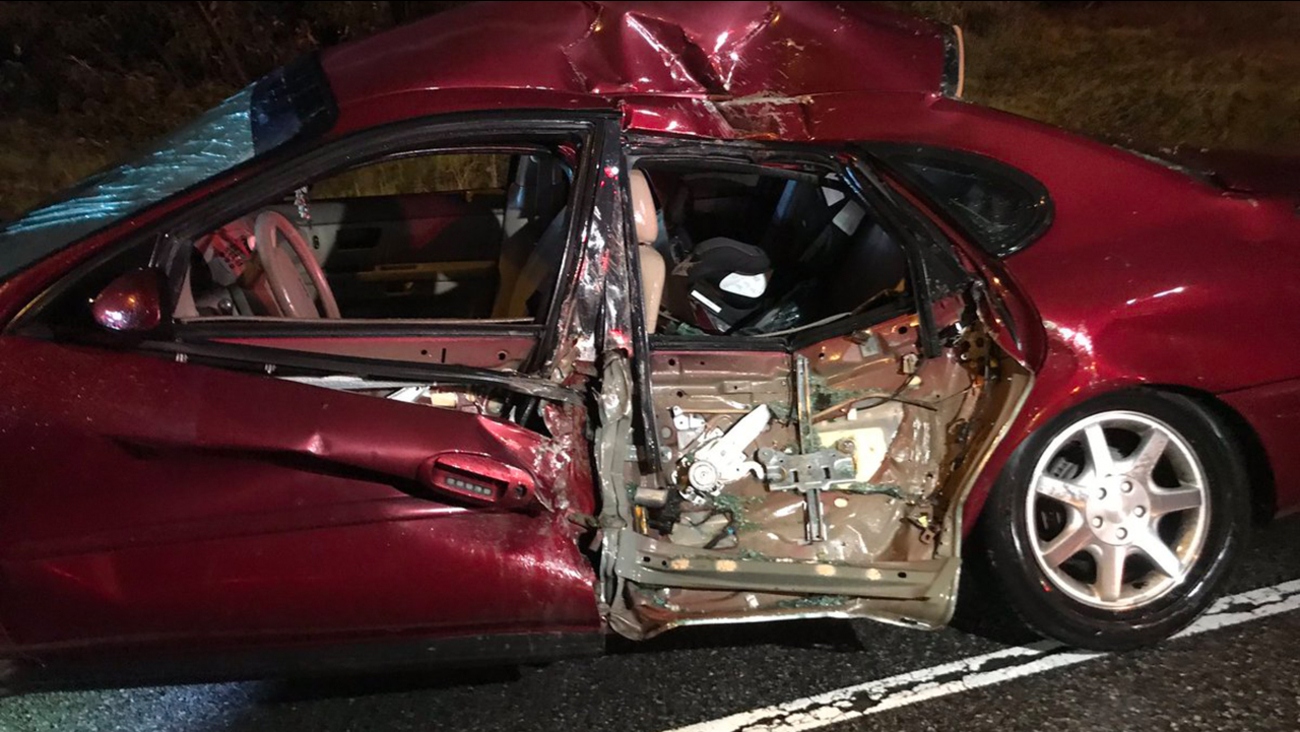 A red sedan is mangled after being hit by a rockslide on Malibu Canyon Road on Wednesday, Jan. 16, 2019.

MALIBU, Calif. -- One person was hospitalized with minor injuries after a rockslide came down and smashed a car on Malibu Canyon Road Wednesday night, prompting a closure of the popular roadway.

#VIDEO shows damage to car on #MalibuCanyon after it was hit by a boulder from rockslide on third straight day of rain #malibu #weather @ABC7 pic.twitter.com/ruV7EdqOmc

Malibu Canyon Road was closed between Pepperdine and Piuma Road.

The slide happened just one day after another rockslide shut down a lane on Malibu Canyon Road.

Malibu residents were doing what they could to protect their properties from the Southern California storm. Evacuations were still underway for properties adjacent to steep hillsides, which are most at risk for mudslides and debris flows.

Schools in Malibu were closed as a precaution on Tuesday and Wednesday, and Santa Monica - Malibu Unified School District officials announced the closure will remain once again on Thursday.

The Malibu area was hit hard by the Woolsey Fire in November, leaving hillsides bare and less able to absorb the flow of water during a storm.

Malibu residents are doing what they can to protect their properties from the Southern California storm on Wednesday.

While there was a break in the rain on Wednesday, Caltrans crews near the Los Angeles/Ventura County line were shoring up the burned out hillside along Pacific Coast Highway. Along the stretch, only one lane in each direction was open. The work included putting in drainage pipes and using sandbags to divert any mud and debris flow away from the road. Crews were also aware of the sensitive nature there, as they were working around an ancient Indian burial site.

At Zuma Beach, locals were taking advantage of the break of the rain by loading their cars and trucks with sand bags.

The recent storms have already caused a muddy mess on major roads. Pacific Coast Highway was shut down for hours Monday following a mudslide.

Some residents said that after their homes survived the Woolsey Fire, they're hopeful they'll survive the rains. What's giving them hope, as one resident said, is the new vegetation that's popping up in patches along the burned hillsides.

A mandatory evacuation order went into effect starting Tuesday morning in these communities:

The schools closed include: