Man hit and killed by train in Northwest Fresno 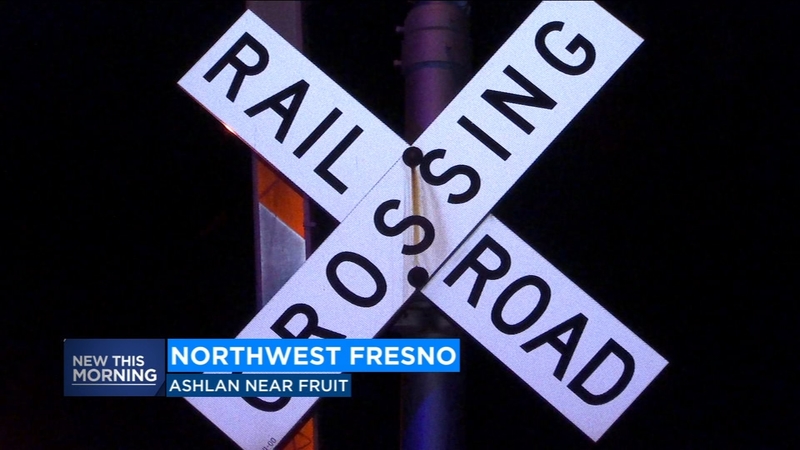 Man hit and killed by train in Northwest Fresno

FRESNO, Calif. (KFSN) -- An investigation is underway after a man was hit and killed by a train in Northwest Fresno just after midnight on Friday morning on Ashlan near Fruit.

Police say they found the man dead at the scene.

They say a Burlington Northern Santa Fe train struck the man and was not aware. The train stopped somewhere in Madera after being told what happened.

There were no witnesses at the scene, and police are cautioning others to be aware of their surroundings when approaching train tracks.
"Especially in the evening, if people are wearing dark clothing, we highly recommend do not walk on the train tracks or near the train tracks cause even if you're walking next to them, the trains have such suction when they go by, that they can actually pull you into the train cars as they pass," Lieutenant Jennifer Horsford, Fresno Police said.

The person hit by the train has not yet been identified.

It's not yet known if the incident was intentional or a deadly mistake.
Report a correction or typo
Related topics:
fresno northwesttrain safetytrain accidentman killed
Copyright © 2021 KFSN-TV. All Rights Reserved.
MAN KILLED