8-year-old, 'loved by everyone' among victims in Manchester bombing 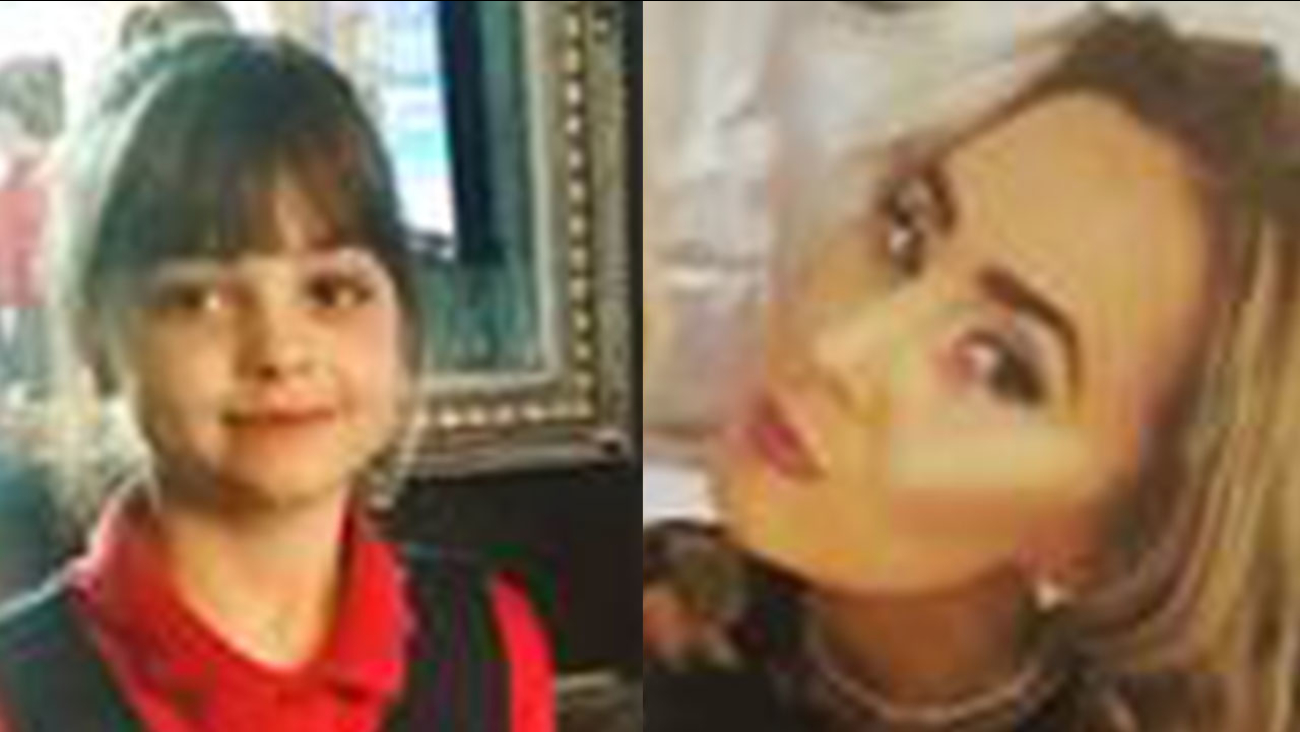 Saffie Rose Roussos, 8, and Lisa Lees, 43, were among the victims of Monday's terror attack in Manchester. (PA via AP|Courtesy Lauren Ashleigh Lees)

MANCHESTER, England -- Authorities are identifying the victims of the terror attack at an Ariana Grande concert in Manchester on Monday night. Among them is an 8-year-old girl.

Tribute from the family of Eilidh MacLeod pic.twitter.com/QSJRxUqa5k

Tribute from the son of Wendy Fawell pic.twitter.com/TjVDQYMj80

Tribute from the family of Philip Tron pic.twitter.com/dZ5jxKt287

Tributes from Father and boyfriend of Courtney Boyle. pic.twitter.com/XvhJBuHdvc

Tribute from the family of Elaine McIver pic.twitter.com/dnxdCrx7m2 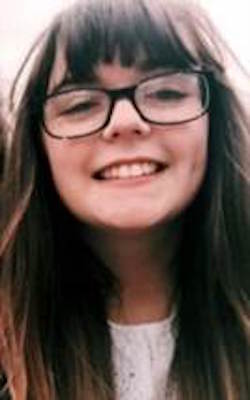 Peter Rawlinson, deputy of the Bishop Rawstorne Church of England Academy in Croston, northwest of Manchester, told The Associated Press that the school confirmed Callander's death with members of her family.
Rawlinson says "she was academically a very gifted student, very hard-working. Just lovely to speak to."

The school posted a photo of Georgina on its website, smiling and looking smart in her school uniform. It said she died of injuries from the attack and described her as "a lovely young student who was very popular with her peers and the staff."

Georgina, an Ariana Grande superfan, had posted a photo when she got to meet the star in 2015.

This is a an undated photo obtained by the Press Association on Tuesday May 23, 2017, of Saffie Rose Roussos, one of the victims of a attack at Manchester Arena. (PA via AP)

Chris Upton, the headteacher at the Tarleton Community Primary School, where Saffie was a student, released a statement calling the girl's death a "tremendous shock," according to ABC News.

"I would like to send our deepest condolences to all of her family and friends," Upton said. "The thought that anyone could go out to a concert and not come home is heartbreaking. Saffie was simply a beautiful little girl in every aspect of the word. She was loved by everyone and her warmth and kindness will be remembered fondly. Saffie was quiet and unassuming with a creative flair."

An ambulance official says 12 children under the age of 16 were among 59 injured in the attack as people left a pop concert.

David Ratcliffe, medical director of North West Ambulance Service, told reporters Tuesday that the children were among those taken to hospitals after the explosion at Manchester Arena Monday night, where scores of teenagers and youngsters were attending an Ariana Grande concert. 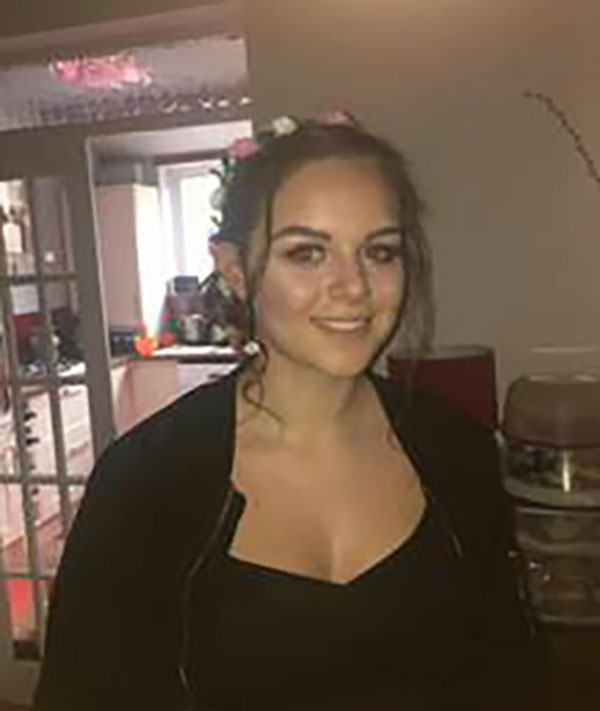 ABC News confirmed that 15-year-old Olivia Campbell was among the victims. Her mother posted on Facebook, "go sing with the angels and keep smiling." 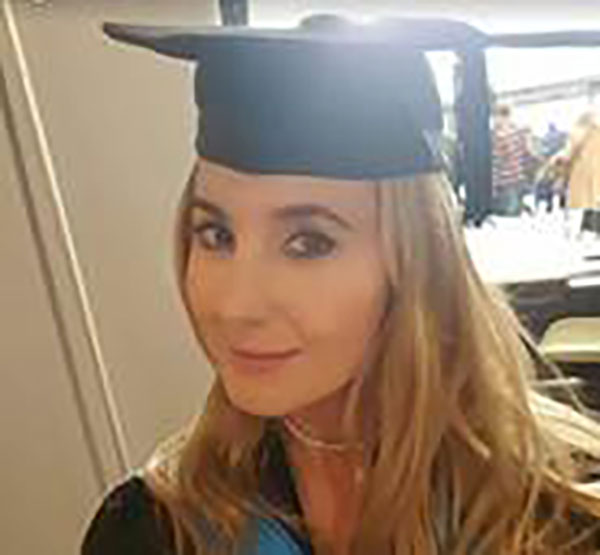 Lauren Ashleigh Lees said that her mother, 43-year-old Lisa Lees, was among the victims. She gave this statement to ABC News:

"My mum was an amazing lady and wife to my dad Anthony, she cared so much for everybody and did anything for them she was a very elegant person and absolutely adored my son jayden and my child in expecting now. My sister India was extremely close to my mum and is finding it very hard but rest assured we will pull together as a family and help each other through the darkness thank you to everyone who's supported us and sent their love." 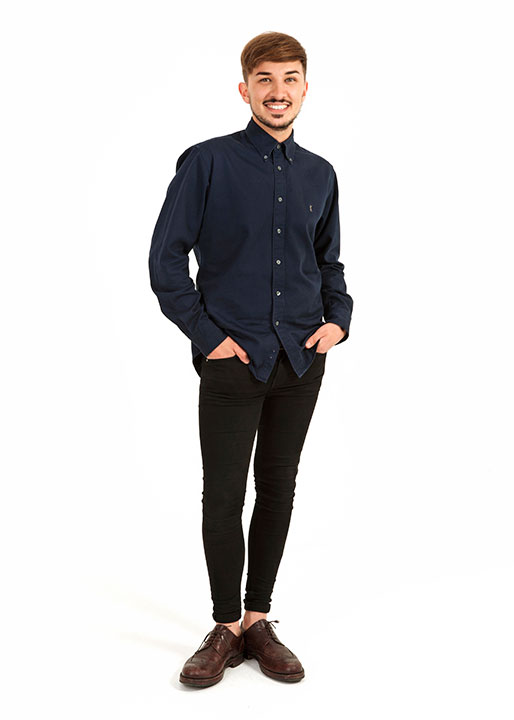 This undated handout photo provided by Rumpus PR shows Martyn Hett, one of the victims of attack at the Manchester Arena on Monday, May 22.

Martyn Hett, a digital manager at Rumpus PR, was a social media expert with many passions, according to colleagues.

Paul Evans, managing director of Rumpus PR, described him to ABC News as an "upbeat and positive soul who saw the good, the joy, the fun in everything."

"We are all distraught at the tragic loss of our much-loved, larger than life, colourful and charismatic colleague," he said. "Martyn loved life and I hope his lasting legacy is that people - in these dreadful times - choose to live their lives with joy not hate, just like he did."

Hett, reported to be 29, had appeared on the reality TV shows "Tattoo Fixers" and "Come Dine With Me." 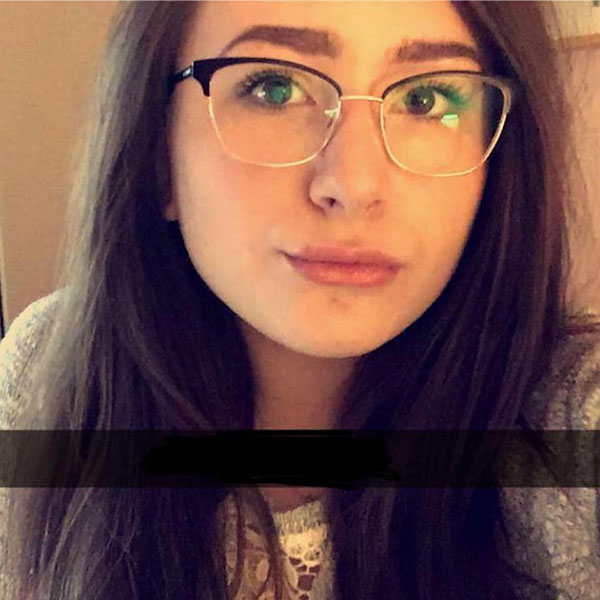 Teenager Nell Jones, who went to a school in the village of Holmes Chapel, south of Manchester, was described by a teacher as "a very popular girl, always smiling, always positive."

Holmes Chapel Comprehensive School and Sixth Form College said police had confirmed Nell died at the scene of the bombing Monday at the Ariana Grande concert in Manchester.

Head teacher Denis Oliver said in a statement Wednesday that the school community was devastated by the news.

He quoted Nell's teacher, David Wheeler, saying that her tutor group had been together since the transition from primary school: "It feels like they have lost a sister not a classmate."

Oliver also confirmed that another Year 9 student, Freya Lewis, was badly injured in the attack.

Freya's father, Nick Lewis, was quoted as saying that his daughter had undergone 10 hours of surgery and was in a stable condition.

Thanking well-wishers, Lewis said: "Freya has been sewn, bolted, drilled and bandaged back together. It is going to be a long climb but we are on the first step."

Jane Tweddle was a receptionist and well-loved member of the staff at the South Shore Academy in the English seaside town of Blackpool.

She said the mother of three daughters was "irreplaceable, much loved and will never be forgotten."

Tweddle had reportedly gone to Manchester with a friend to pick up the friend's daughter, who was attending the Ariana Grande concert.

Sorrell Leczkowski, 14, wanted to be an architect and go to Columbia University in New York when she grew up.

On the night of the blast, her grandparents and mother had gone to Manchester Arena to pick her up. In a statement, her grandfather said his wife, Pauline, is in intensive care, while Sorrell's mother Samantha is recovering from surgery as she tries to make sense of her loss.

The family said Sorrell wanted to study architecture to build hotels "with slides coming out of the rooms," and so she could "build her mum a house."

Chloe Rutherford, 17, and Liam Curry, 19, were in love, their families said.

The two families released a statement together through the Manchester Police, saying, "They wanted to be together forever and now they are."

Michelle Kiss was a mother of three children, a loving wife, sister and daughter - and "family was her life," her loved ones say.

In a statement, her family said: "She has been taken away from us and all that love her in the most traumatic way imaginable."

The Daily Mirror newspaper reported that Kiss attended Monday's concert with her daughter, who was reported to be safe and was photographed being hugged by a police officer.

Her family said: "We hope to draw from the courage and strength she showed in her life to get through this extremely difficult time."

Jane Tweddle, a school receptionist, had reportedly gone to Manchester with a friend to pick up the friend's daughter, who was attending the Ariana Grande concert.

The South Shore Academy in the northern English seaside town of Blackpool, where she worked, said tributes had poured in from parents, students and colleagues describing Tweddle as "bubbly, kind, welcoming, funny, generous."

She said the mother of three daughters was "irreplaceable, much loved and will never be forgotten."

A Polish couple who had come to collect their daughters from the concert in Manchester are among the dead, Poland's foreign minister said Wednesday.

Witold Waszczykowski said the daughters - one a minor, one adult - were unharmed. He did not give the couple's names but the daughter of Marcin and Angelika Klis searched publicly for her parents after the explosion.

A Facebook page "Remembering Marcin Klis" says he lived in the northern English city of York, worked for a taxi service and came from the Polish town of Darlowo on the Baltic Sea.

In his latest entry from March 21, he shared a link from a protest in York against Uber car services. Entries from 2015 show him vacationing with family in Egypt.

Waszczykowski said another Polish citizen was wounded in the attack and had undergone surgery but "everything indicates that he will live."