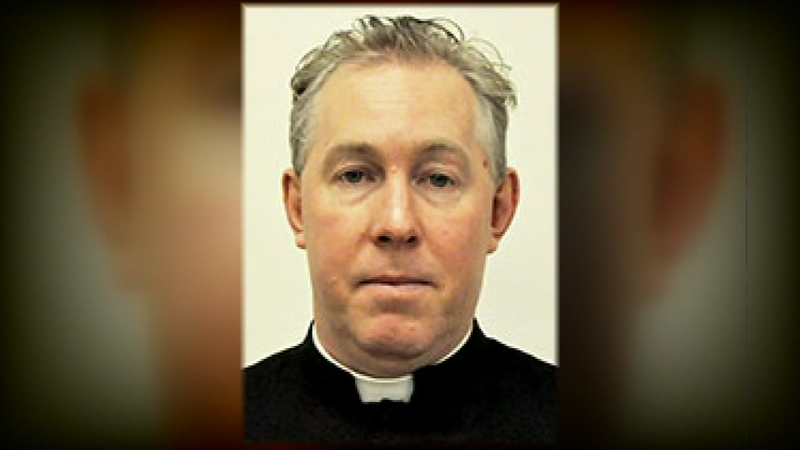 HOUSTON, Texas -- A married Catholic priest who was ordained in Houston is facing felony charges, accused of attacking his wife for more than 18 hours.

Reverend Luke Reese, 49, was ordained at The Cathedral of Our Lady of Walsingham near Spring Valley in 2016. He then moved to Indiana where police say last September, he kidnapped, beat and terrorized his wife of 25 years.

Reese is a former Anglican priest who is now of the Personal Ordinariate of the Chair of Saint Peter, a Houston-based Catholic religious order for former Anglicans in the United States. As such, they are allowed to be married. Reese and his wife had seven children.

According to court records, after he learned his wife was having an affair, he kidnapped her, "driving her all over the city," "hitting her, yelling at her and blaring heavy metal music."

At one point, records say, he stopped at his church, Holy Rosary Catholic Church on Indianapolis' south side where he made his wife "kneel at the altar" and threatened "to choke her." The abuse lasted more than 18 hours, she told police, and included his taking nude photos of her which he threatened "to send to everyone at their church."

Reese faces multiple criminal charges including criminal confinement, domestic battery, kidnapping and intimidation. He has been on leave from his Indianapolis church since September. In a message from a church bulletin about the issue, the head pastor there told parishioners if they asked about it, his answer would be a polite "mind your own business."

Reece and his wife are divorcing. Trial is set for May. His attorney did not respond to a request for comment.

Rev. Luke Reese, a priest of the Personal Ordinariate of the Chair of Saint Peter, was placed on administrative leave on Sept. 27, 2017, when he disclosed actions that resulted in criminal charges related to domestic violence.

Since Sept. 27, he has not had any priestly duties and has been prohibited from exercising any public ministry.

Bishop Steven J. Lopes of the Personal Ordinariate of the Chair of Saint Peter has pledged the diocese's full cooperation with the civil authorities conducting the investigation.

The Ordinariate is committed to collaborating with authorities to ensure justice is provided for all concerned, and affirms the Catholic Church's clear teaching that domestic violence is never justified.

Rev. Reese is on administrative leave pending resolution of the case, which remains in the Indiana criminal justice system.

Out of respect for the privacies of everyone involved, the Ordinariate will not make further statements at this time. All questions regarding the investigation should be directed to the Indianapolis Police Department or Indiana Criminal Court System.
Report a correction or typo
Related topics:
texasindianaarrestwoman injuredu.s. & world
Copyright © 2021 KTRK-TV. All Rights Reserved.
U.S. & WORLD
Astronomers discover light from back of black hole for 1st time
Pioneering TV pitchman Ron Popeil dies at age 86
Ex-Cardinal McCarrick charged with sexually assaulting teen
Simple step can thwart top phone hackers
TOP STORIES
2 seriously injured in car-to-car shooting in Visalia
All of Central CA in 'exceptional drought'
Fresno mayor not ready to impose mask mandate
Calley's Law aims to further protect domestic violence victims
USA's Suni Lee wins all-around gold
Pedestrian hit and killed by driver in Porterville
Biden set to announce vaccine push for all federal employees
Show More
Body camera video shows deadly police shooting that led to lawsuit
Woman killed by hit-and-run driver in Fresno County
Valley's Jalen Green expected to be a top pick in NBA Draft
Here's when to get tested for COVID-19 (even if you're vaccinated)
Tsunami warning canceled after 8.2 quake off Alaska coast
More TOP STORIES News