'We don't want people to live in fear. We want them to be confident and empowered living their life.'
KFSN 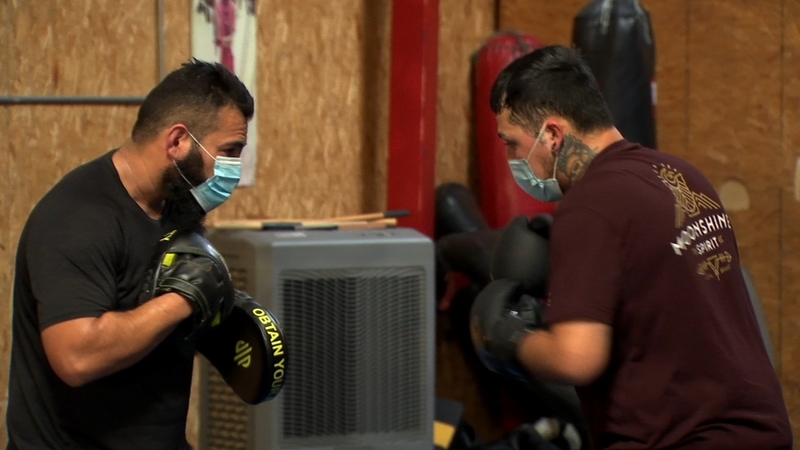 FRESNO, Calif. (KFSN) -- Fists are flying as members of the Missing Link MMA gym in Fresno learn how to defend themselves in a dangerous situation.

It's these techniques Art Durazo Hughes hopes to teach vulnerable street vendors in light of the deadly attack on Lorenzo Perez.

"I just want to give them tools they can use," Hughes says.

RELATED: Volunteers give pepper spray to Fresno's street vendors after series of attacks

"They will learn weapon disarms, they're going to be given situational scenarios. Within a half-hour period, I reached 20 phone calls," he says.

One of those registered and ready to train come Monday is Mauricio Garcia, a Fresno County street vendor who sells flowers with his father.

He says he and his father were assaulted themselves about a month ago.

"They took away our phone, our money, and our product," he says.

The Program director 701 United, a faith-based MMA gym in downtown Fresno, says their volunteer, Ivan Pause, is also getting ready to offer free self-defense training to vendors in the next couple of weeks.

"We don't want people to live in fear. We want them to be confident and empowered living their life," he says.

Hughes says he plans to keep these free services going for as long as it takes and get as many vendors as he can train.