Thick, dark plumes of smoke could be seen from Highway 99 and affected visibility for drivers.
KFSN
SELMA, Calif. (KFSN) -- Investigators now say the cause of a destructive fire in Selma Friday night was electrical.

The massive fire fully engulfed an abandoned structure and at least three other outbuildings.

The flames broke out around 7:30 pm on Friday near McCall and Blaine Avenues.

Thick, dark plumes of smoke could be seen from Highway 99 and affected visibility for drivers.

Firefighters say wind fueled the fire into the nearby grass. Within a matter of minutes, a house was fully engulfed.

The fire continued to burn through at least three outbuildings and several vehicles, before it was knocked down by crews.

A series of explosions were also reported during the firefight. About 25 firefighters with several different agencies responded to fight the blaze.

Crews say traveling on county roads, with added Friday night traffic gave them some trouble getting to the structures.

They were still on scene within four minutes, quickly working to contain those flames. Firefighters believe all of the structures burned were abandoned.
Report a correction or typo
Related topics:
selmafresno countybuilding fire
Copyright © 2021 KFSN-TV. All Rights Reserved.
BUILDING FIRE 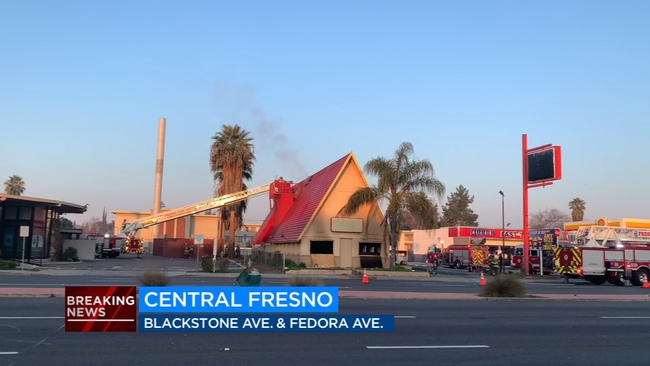 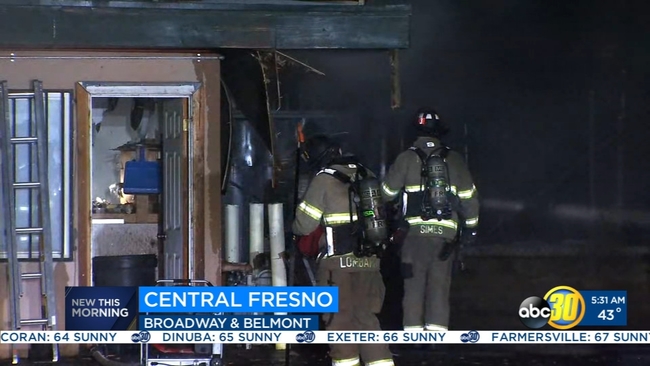 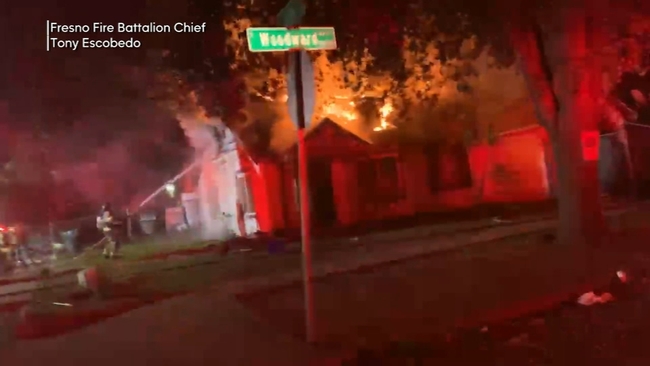