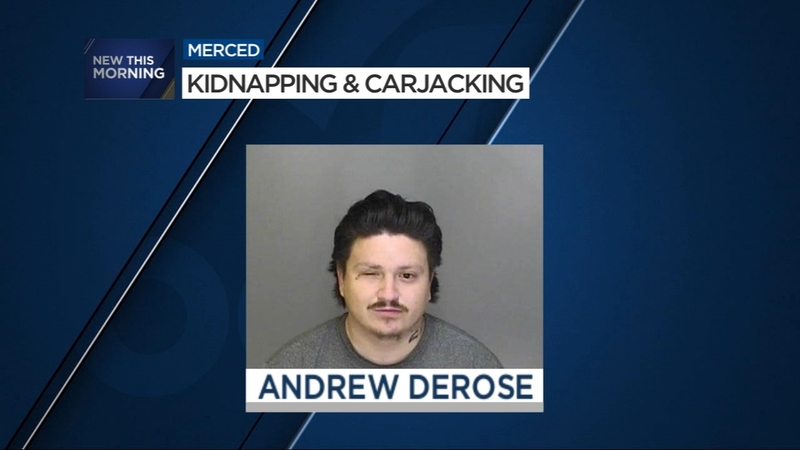 MERCED, Calif. (KFSN) -- A man is in custody for an alleged kidnapping and carjacking in Merced.

Officers arrested 22-year-old Andrew Derose Thursday afternoon after responding to a report of someone with a gun on G Street near 21st Street.

When officers arrived, they found a victim and learned the gun was used in a kidnapping.

As investigators were speaking with the victim, Derose walked out of an alleyway with the weapon. He then carjacked a vehicle.

Officers found Derose during a traffic stop. They seized the gun and took him into custody.