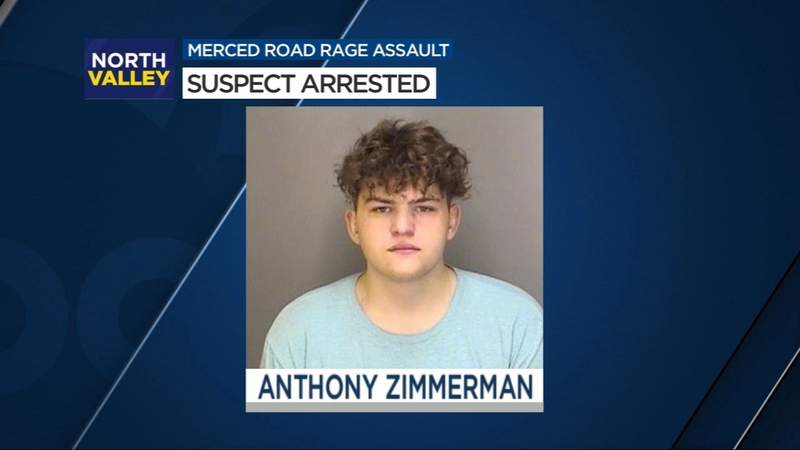 MERCED, Calif. (KFSN) -- An 18-year-old was arrested after police said he hit a man with a flashlight during a road rage incident.

Officers were called to Olive Avenue near Loughborough Drive for reports of a fight near a car wash.

They found a 53-year old man suffering from head injuries. Investigators said he was hit in the head several times.

Zimmerman is being charged with assault with a deadly weapon.