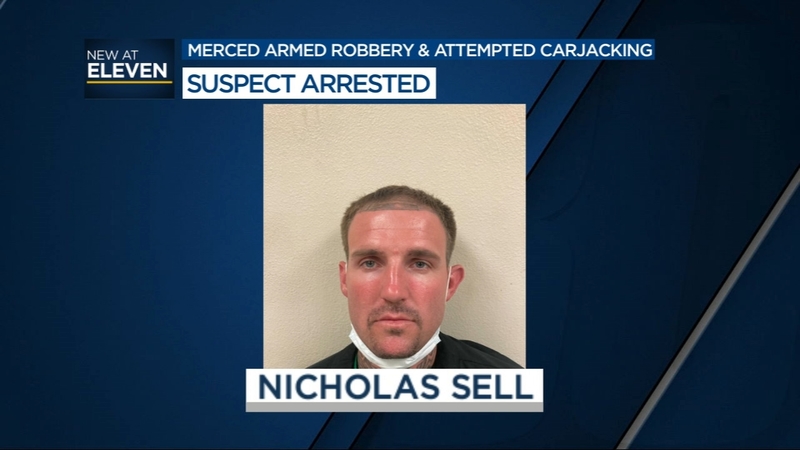 MERCED, Calif. (KFSN) -- A man accused of holding a woman at gunpoint in Merced on Friday has been arrested.

Police found him just hours later after he reportedly tried robbing another woman.

36-year-old Nicholas Sell is now in the Merced County Jail.

He's accused of robbing the Walgreens on G and Olive around 10:30 am.