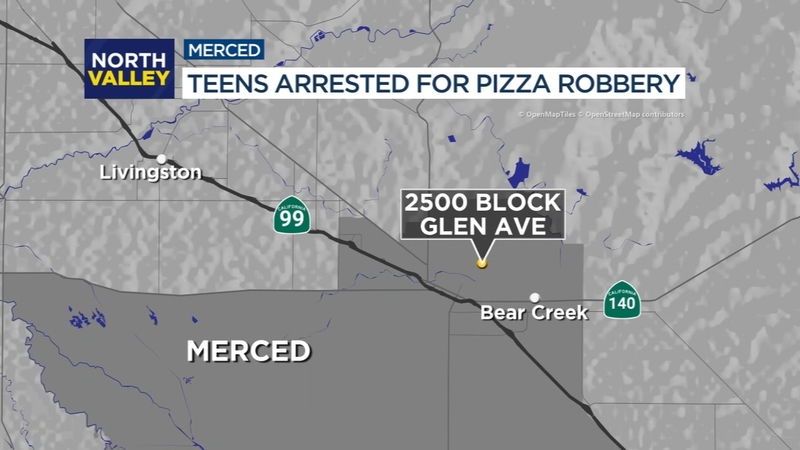 That's when two teenagers assaulted her and stole several boxes of pizza.

Officers say she was cut on the face during the attack.

Witnesses told police they saw the two teens run into a nearby apartment. Officers found the stolen pizzas and arrested a 14-year-old and 13-year-old.

Both teens were booked into the Merced County juvenile hall on assault and robbery charges.