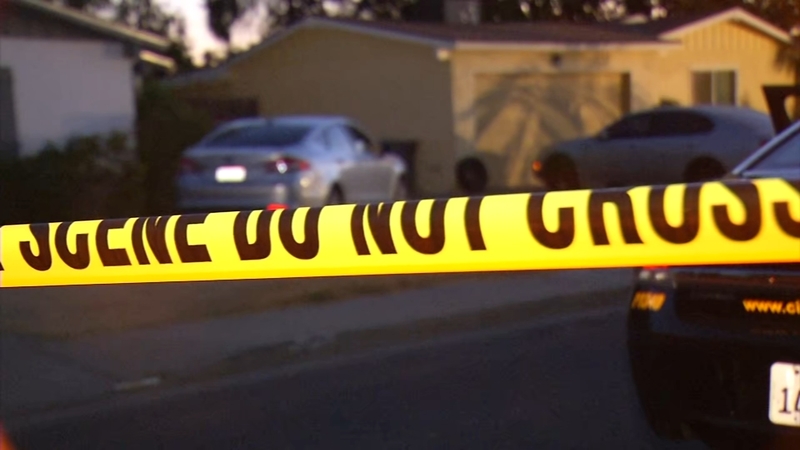 It was Thursday afternoon when a 5-year-old was accidentally shot and killed by her brother.

"They're dealing with two tragedies. You've got a deceased 5-year-old, you have the other child that's responsible, and now the dad is in jail," says Merced Police Captain Jay Struble.

RELATED: 5-year-old girl in Merced accidentally shot and killed by another child

According to police, the children were watching TV inside a bedroom when the young boy got a hold of a loaded firearm.

"The guns were not secured. The guns were in a bag lying on the floor, and unfortunately, this child found them," says Struble.

The children's father, Rodney Mathews, who was in the other room, rushed the little girl to the hospital.

After dropping off the little girl, Mathews sped away from the hospital, and police pursued. Mathews later said he was rushing back after learning his son, who fired the weapon, had run away from home.

A good samaritan had called 911 after the young boy got into their car.

"He told the person driving the car, 'I can never go home again'," sayd Struble.

Struble says the three guns recovered from the home were not registered to Mathews.

He adds this should serve as a reminder to all gun owners: you are legally obligated to lock and secure your guns - separating the weapon and ammunition isn't enough.

"These kids today with these video games, they're so realistic they know how to load these guns. You may not think they do," says Struble.

The family was too distraught to speak on camera, saying they are still trying to process Thursday's tragedy, and adding, "That little boy loves his sister who he calls his best friend."

They're asking everyone to respect their privacy, saying, "This was an accident and a tragic one at that."

Family therapist and Merced College professor of psychology Joel Murphy says the trauma could have lifelong impacts on the child that fired the weapon.

"I guarantee the parents are struggling so much with decisions they could've done, should've done, would've done, and the boy's going to go through that as well. They're going to have to heal as a family," says Murphy.

The investigation to confirm this was an accidental shooting is ongoing. Investigators are waiting for the autopsy from the forensic pathologist.

The father remains in the Merced County Jail on child endangerment charges.