Selma couple winning over the community with michelada mix 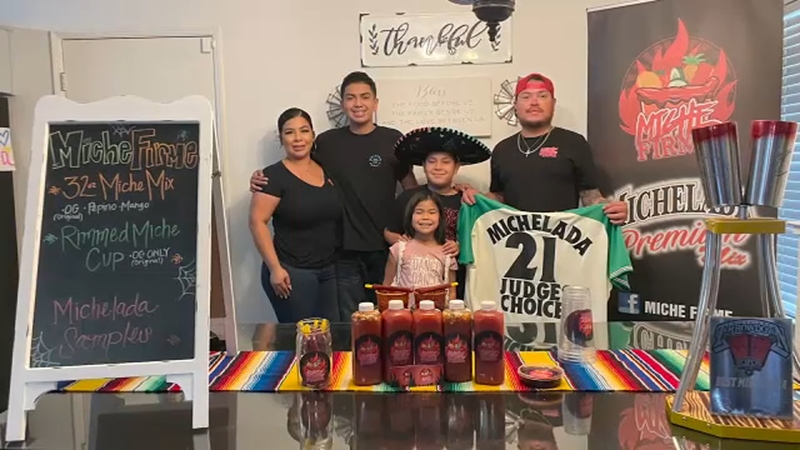 Selma couple winning over the community with michelada mix

They all competed for the first-ever Michelada Throwdown Champion Title, including Miche Firme, owned by Selma couple Jhoanna and Angel Hernandez.

This was a challenge they initially didn't think they were up to.

"I thought it was out of our reach because we barely started, and there are so many people out there doing micheladas, so I stood back a little bit," Jhoanna said.

Their business journey started Spring of 2020.

Jhonana works at a Mexican restaurant as a waitress, where she's known for making some mean red beer.

With the pandemic came, many restaurant shutdowns left her without a paycheck but loyal customers reached out to her requesting michelada mix.

From then on, this couple says word of mouth led to multiple customers.

"It went from making a 32 oz to making 64 to making jugs, and it became constant during the week and weekends," Jhoanna said.

For the Hernandez family, this was a financial blessing.

"We were so used to making a certain amount to support our children, our house," Jhoanna said.

Jhoanna says outside of work, she and her husband have always enjoyed custom-making michelada mix for themselves.

So when calls came in and the product went out, they quickly won over the community, who eventually encouraged them to compete in the Michelada Throwdown.

They signed up the week before the competition and walked in with no expectations but walked out with a trophy and two titles - The people's and judge's choice awards.

"We felt love from everybody that was around," Angel said. "People's Choice, I love that a lot. It shows that local people liked our product and we went up against some big competition."

Their flavors include their original mix, mango, cucumber, strawberry and pineapple. You can also buy their rim dip. Everything is made with love and by hand in their kitchen.

"It's just crazy how fast it's grown, and we are going to continue trying to grow," Angel said.

They're in the process of getting their product out to local stores.