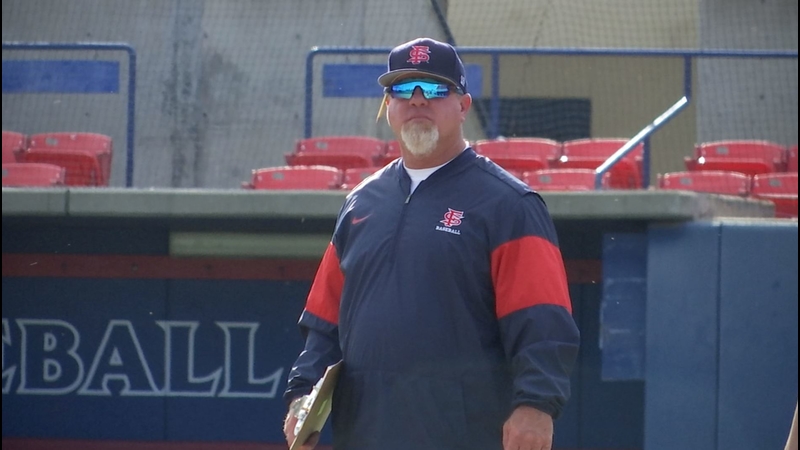 FRESNO, Calif. (KFSN) -- Saturday afternoon, Mike Batesole joined the 600 win club at Fresno State by followed a couple of hours later with win number 601, tying him with legendary coach Pete Beiden for 2nd most in program history. The Diamond Dogs improve to 9-14 on the year and will try for the sweep Sunday against Air Force (12-11).

"You hear the cliché it's his dream job and a lot of guys five years later go on to their next dream job," he told Action News. "This is it for me."

Mike Batesole joins the 600 wins club @FresnoStateBSB! Here's what he said when he was hired in 2002 to replace legendary coach Bob Bennett.
"You hear the cliche it's his dream job and a lot of guys five years later go on to their next dream job. This is it for me."@ABC30 https://t.co/NoN73g0IIr pic.twitter.com/NI61DTPLUY

"Most remarkable thing is just how remarkable, Batesole, Bennett, Beiden, the three coaches at one program," said assistant coach Ryan Overland. "That shows to how many great players have come through this program, how much community support here in Fresno backing the Bulldogs and backing those three head coaches."

His Bulldogs won seven straight conference titles from 2006-12, making the NCAA Tournament six times while advancing to the regional title game three times. In 2008, the "Underdogs to Wonderdogs" team went on to win the College World Series, claiming the school's first Division I National Championship for any men's sport.

Under his watch, 85 players have been selected in the MLB Draft, 64 First-Team All-Conference selections and 39 All-Americans.