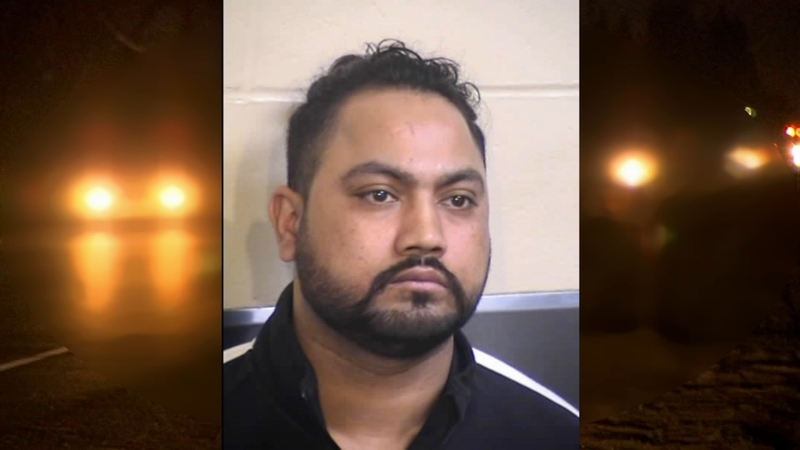 FRESNO, Calif. (KFSN) -- A boy's death led to murder charges in February, but prosecutors surprised his family Tuesday and dropped the murder case for a much less serious felony.

"I think that was the problem initially is that there was too much emotion with respect to the young boy who died," said Sam Salhab, the defense attorney for Karmjit Singh, who is now facing a felony vehicular manslaughter charge.

Police arrested the man who killed Maverick Martzen on DUI murder charges, but evidence showed the driver was not drunk.

Maverick Martzen's parents had to deal with his death and their own serious injuries in February when a BMW blew through a stop sign and hit their car.

They took at least a little comfort in knowing the driver who did it was facing a murder case.

But on Tuesday, prosecutors reduced the charges to vehicular manslaughter.

"They were definitely upset and emotional today when they found out the charge was amended," said Jeff Hammerschmidt, who represented Megan Martzen in a high profile 2010 case and now represents the family in Singh's court hearings.

CHP officers initially arrested Singh for DUI. Since he had a prior conviction in 2016, prosecutors filed the murder case.

His attorney says his client feels for the Martzens, but not facing a murder charge is a relief.

"It's one thing to have remorse for what you did, but it's another thing to be overcharged and to be called a DUI murderer based on no evidence," said Sam Salhab.

Salhab says he might still fight the felony manslaughter charge.

If Singh had just run a stop sign and hit the Martzens, it could be a misdemeanor.

But CHP officers say someone spotted him going more than 100 miles per hour just before the crash.

"They have to prove my client was speeding pretty substantially," Salhab said. "I don't see the evidence of that yet other than one witness saying my client was going fast."

Hammerschmidt sees it a little differently. He says the case is clearly a felony.

Singh will ask to lower his bail Thursday from $1.5 million closer to the usual $10,000 for vehicular manslaughter.

The Martzen family plans to be there to ask a judge to keep Singh in jail.