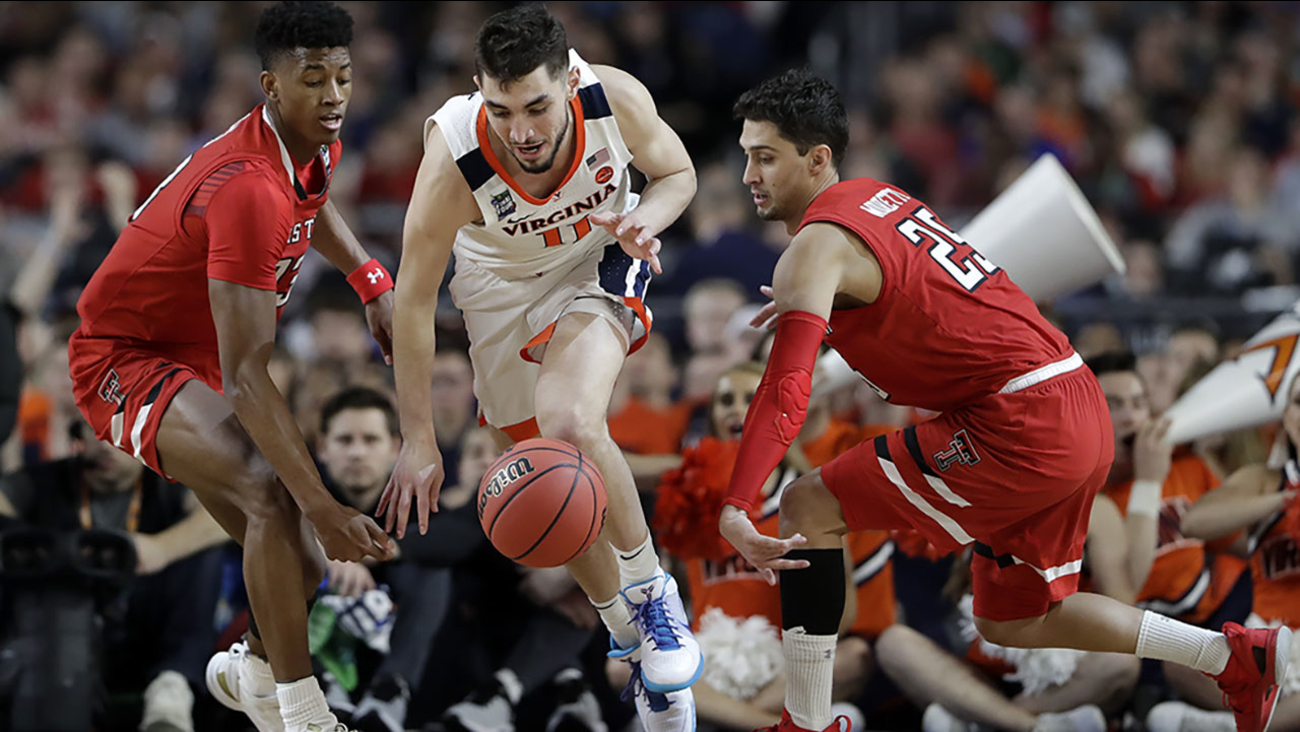 MINNEAPOLIS -- The University of Virginia is the new champion of college basketball, winning a hard-fought overtime battle 85-77 over Texas Tech in the NCAA tournament.

It was only the eighth time the NCAA tournament championship was determined in overtime.

Both squads went into the matchup with reputation for hard-nosed defenses that were among the best in the nation.

That reputation held up at the start of the game. The two teams put on a defensive clinic at that end of the floor, each forcing the other into using the entire 30-second shot clock before throwing up off-balance heaves.

The two teams played regulation to a 68-68 tie with 1 second left after Texas Tech's 3-point attempt missed and bounced out of bounds. Virginia's shot off the inbounds pass was blocked and the two went into overtime.

Toward the end of the overtime period, Virginia went on a 11-0 run to open up a substantial lead and seal the win.

During the season, Virginia (34-3) was the standard-bearer in lockdown basketball. The Cavaliers went against the new kids on the defensive block, the Texas Tech Red Raiders (31-6).

The result gave the NCAA Tournament its first first-time champion since coach Billy Donovan won it all with Florida in 2006.

The college basketball championship in Minneapolis was the first time two teams who had never won a championship played in the title game since 1979. That year was the legendary matchup between Magic Johnson's Michigan State team and Larry Bird's Indiana State squad.

Texas Tech reached the Elite Eight for the first time last season and Virginia lost its previous two trips to the Final Four, in 1981 and 1984.