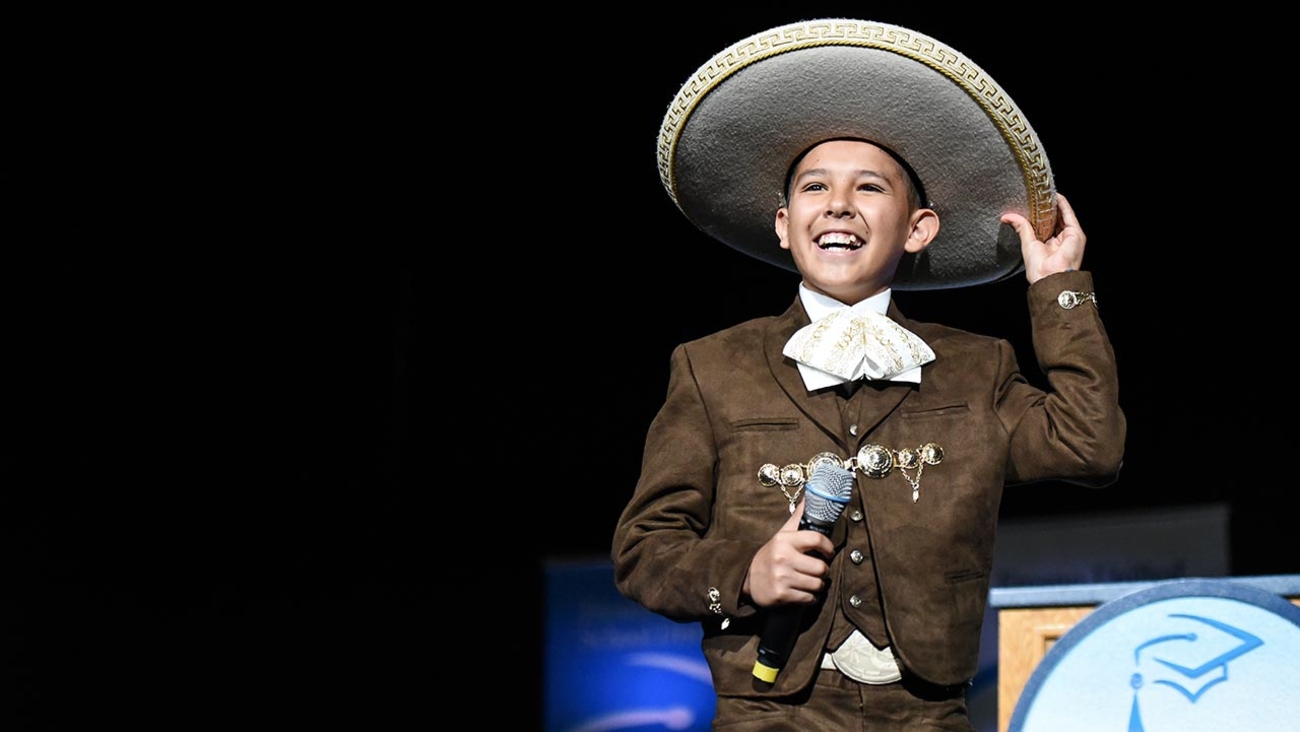 This month's Student Spotlight is on Isaac Torres, who competed on Telemundo's reality show, "La Voz Kids." Isaac, 12, is an eighth-grader at Hamilton K-8 School with a 4.0 GPA. His parents are Ramon and Margarita Torres, who both work for Fresno Unified. After being cast on the show, which aired mid-April to mid-July, he quickly advanced during the blind audition with celebrity judges and was selected to be part of Coach Natalia Jiménez's team. He battled with other talented kids and made it to the semi-finals before being eliminated. Even though Isaac didn't win, he says, "It was not about winning. The experience of performing live on the huge stage with an audience and television viewers is something I will not forget."

What did you like best about being on the show? I won't forget the friendships I was able to make on the show.

What are your future singing plans? I hope to compete in other shows and I will continue to sing at church and community events.

What do you like about middle school?
It's different from an elementary school where you have only one teacher. I like changing classes and being with different friends. My best period is P.E.

What is your favorite subject?
Math is my specialty. I always get A's.

What extra-curricular activities are you involved in?
I love running and sports. I'm in cross country and soccer at school and I play in a year-round soccer league.

Have you thought about high school and where you want to go?
All my brothers went to Roosevelt. I want to go there because of my interest in the arts and plays.

What are your fears about going to high school next year?
The struggle to get good grades to graduate.