The ATF is assisting Fresno police in this investigation. A reward is also being offered to help catch the men who robbed that store and sent the elderly man in the hospital.
KFSN 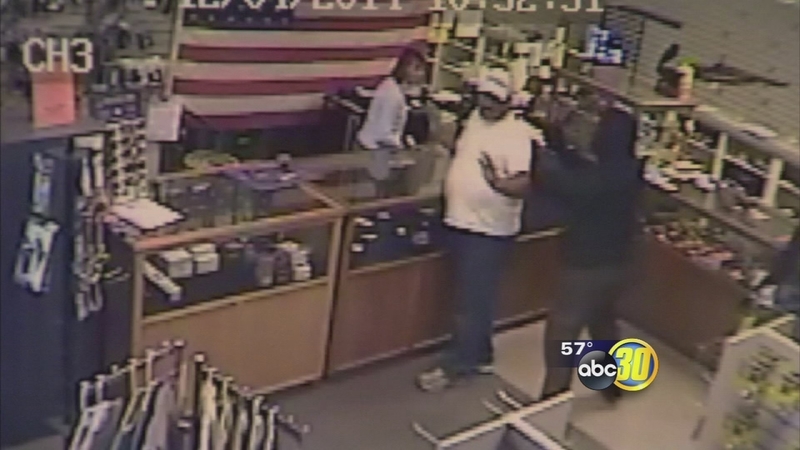 FRESNO, Calif. (KFSN) -- Surveillance video shows the frightening moments during an armed robbery at North Fresno gun store Thursday morning. As the crooks made their way out of the store they shoved an elderly man to the floor, ultimately sending him to the hospital.

Police say the 85-year-old victim is in critical but stable condition following surgery. Detectives are actively working to track down the two masked men who attacked him after stealing 13 guns during a take-over robbery.

Security footage shows two armed and masked men rush into Fresno Firearms minutes after opening Thursday morning. They headed straight for the owner and a customer at the counter.

"They then took out some kind of bag or pillow case type object and removed a number of firearms from the business," said Fresno Police Lt. Jon Papaleo.

The 65-year-old female owner and her customer appear caught completely off guard. The robbers force her to the ground. Police say 13 handguns were packed into that pillow case.

But what happens as they leave the store is troubling. An innocent victim is shoved to the ground. "He just happened to be unfortunately walking in when the suspects were running out," Papaleo said.

Detectives tell Action News the man is the 85-year-old owner of the neighboring shoe repair shop. The man was bringing the gun store owner coffee, as he does every morning.

"Several witnesses on scene said they believe the individuals were seen leaving the area in a late model white Cadillac," Lt. Papaleo said. "It was seen going on to Blackstone and drive away southbound Blackstone."

Detectives are asking you take a good look at a man's face that you'll see in the video. He may be tied to the robbery. Police say he is seen in video from Saturday at the same store. He walked in during the late morning pretending to be a customer. When the owner shows him a gun he runs out with it in his hands.

It's not clear if he is one of the two men from the armed take-over. Detectives are hoping the video helps identify the dangerous and now highly armed men.

The ATF is assisting Fresno police in this investigation. A reward is also being offered to help catch the men who robbed that store and sent the elderly man in the hospital. 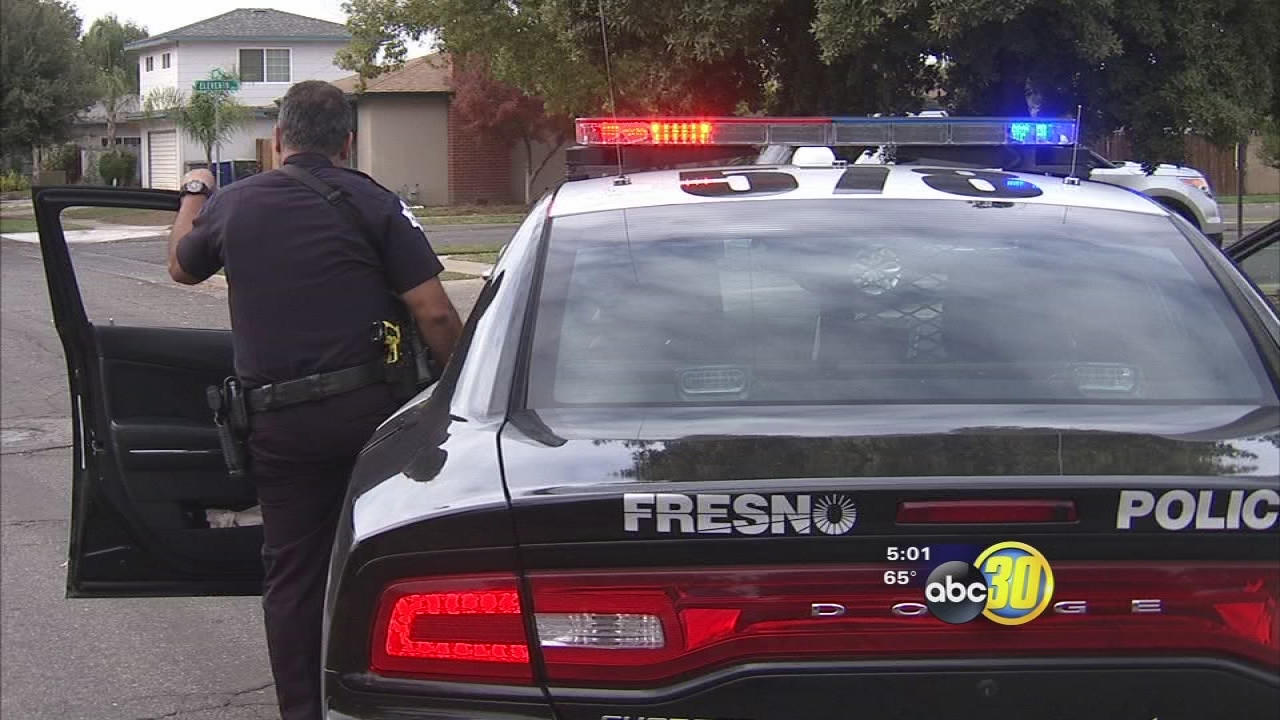 Robbers make off with pillowcase full of guns in Fresno Firearms robbery
Officers say the owner and an employee were forced to the ground while the masked men took several weapons.