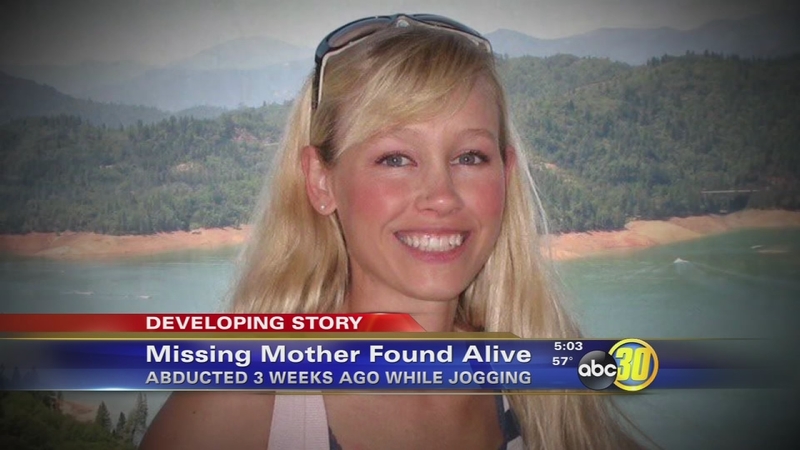 REDDING, Calif. (KFSN) -- According to the Shasta County Sheriff's Office, a woman who went missing weeks ago from Redding, California was abducted possibly while jogging.

The Sheriff's Office said they received word that Sherri Papini was located around 4:30 a.m. Thursday morning. They say that she was released by her captor near Interstate 5 in Yolo County and summoned a passing car for help.

According to the Sheriff's Office Papini is receiving medical attention at an undisclosed hospital.

Papini, 34, vanished Nov. 2 after leaving home to jog. Her husband, Keith, reported her missing when she didn't arrive to pick up their two young children from day care.

Searchers had previously combed an area around Mountain Gate, an unincorporated community near Redding, in Northern California's Shasta County.

Papini has been reunited with her husband and is currently being interviewed by detectives.