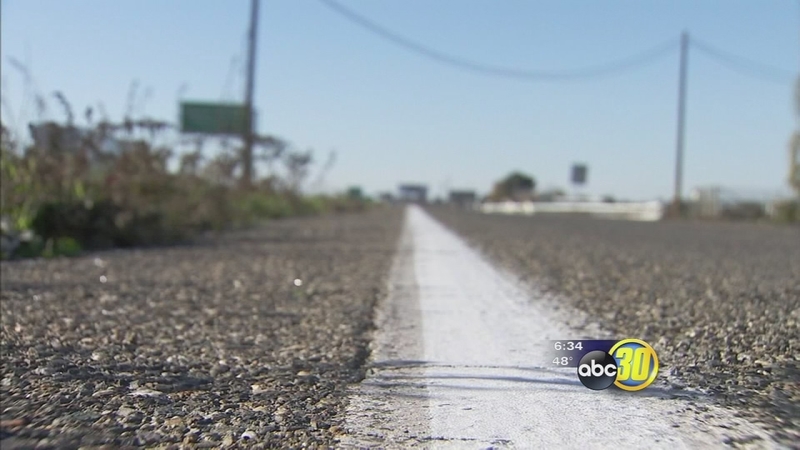 The first collision happened in Winton and the other near Atwater, the two occurred less than an hour apart.

"That it unusual, but at this point, it's nothing more than a coincidence," Sgt. Steven Lewis with the CHP said.

Investigators said the first collision happened around 5:15 p.m. Thursday evening. Authorities are looking for the driver of a pickup truck involved in a hit-and-run incident that killed 62-year-old Alfredo Ramirez Guerrero near Winton Way and Santa Fe Drive.

Less than an hour later, another fatal collision happened near Atwater. Lewis said they're looking for more information involving a woman identified as 21-year-old Erica Nava Pimentel - who was lying face down and motionless on the road before being struck by a car.

Alonzo Sanchez said he and his dad were on the way to buy a car part when they saw a body near the stop sign by their home.

"I don't know if it was dead, but it was motionless," he said.

Sanchez said he and his dad saw a car coming down the road and tried to help.

"There was a car coming the opposite way and my dad tried to signal it so it could stop, but it was going too fast and it just hit the body," Sanchez said.

Authorities said the driver of the Toyota Scion involved is cooperating, and they're still trying to figure out why Pimental was laying on the roadway in the first place.

"The autopsy results will help determine if the cause of death was a vehicle strike or another cause," Lewis explained.

Lewis said this year, the Merced-area CHP has investigated 24 hit-and-runs with an injury, ranging from just a pain complaint to fatal injuries, along with more than 200 non-injury hit-and-runs.

"It's an abnormally higher number this year versus last year and the CHP we're working to solve all those cases," Lewis said.