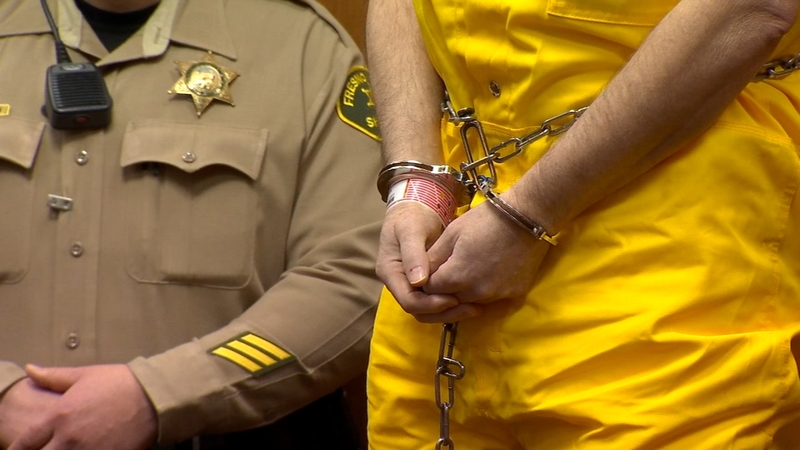 FRESNO COUNTY JAIL, Calif. (KFSN) -- Nickey Stane was left with no options to get out of jail on Thursday after a judge ordered him held without bail.

Stane faced a judge to answer to charges for the 1996 murder of Fresno State student Debbie Dorian.

Nickey Stane is in isolation at the Fresno County Jail.

He was set to enter a plea but pushed it back on the advice of his public defender, Attorney Jason Sorensen, who wants more time to learn about the case.

At the end of the month, he will plead to 11 felony charges and one misdemeanor related to the death of Dorian. The case was unsolved for more than two decades until DNA tied Stane to the cold case.

"This case is very unusual because, from my understanding, they took it from available DNA from other families that were out there," says Ralph Torres, a legal analyst.

On Thursday, Dorian's mother was in court, along with the two former Fresno Police detectives, who have been working for free during what was supposed to be their retirement, just to crack this case.

In the courtroom, it was clear the stage was being set by prosecutors for the death penalty. Deputy District Attorney Deborah Miller asked that the case only be discussed on the record.

Stane was arrested late last year in Tulare County for a series of sex crimes in the late 1990s and early 2000s. He's accused of using a gun in the attacks. He pleaded not guilty to those sex crimes.

The South Valley sex crimes accusations will be added to the homicide count he's facing for the death of Debbie Dorian and all those crimes will be tried in Fresno County.

If he is convicted Stane could either face life in prison without parole or the death penalty.
Report a correction or typo
Related topics:
visaliafresno countycrimemurderdeath penaltysex crimes
Copyright © 2021 KFSN-TV. All Rights Reserved.
MURDER