'I almost find it harder now': Visalia woman recalls losing her stepson on 9/11

Norma Ward's stepson Tim was a passenger on Flight 175, which crashed into the south tower of the World Trade Center.
KFSN
By Jessica Harrington 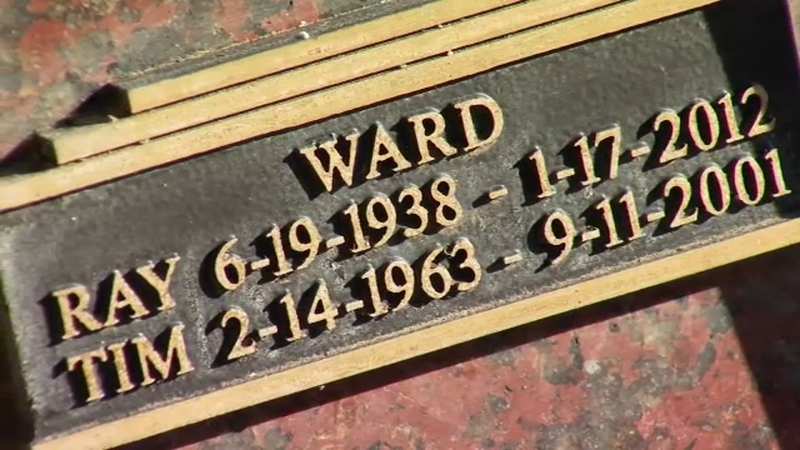 He was a passenger on Flight 175, which crashed into the south tower of the World Trade Center.

Families who lost loved ones on September 11th, 2001, were all given a flag and a keepsake to take home from New York City.

"They all received a little wooden urn that had ashes from Ground Zero," she says.

So when Ray passed away in 2012, his wishes were to be cremated and for those ashes from the World Trade Center to be put with him.

"Even though those were just ashes from Ground Zero, under the circumstances, there would still be a part of Tim," Norma says.

Norma says Tim, his father, and his biological mother have all now passed away, but she finds peace knowing they're all together.

But even though two decades have passed since the terrorist attacks, Norma says things haven't necessarily gotten easier.

"When it was happening there was so much going on, where now you've had 20 years to think about it, to deal with the loss and I almost find harder now than I did then," she says.

Moving forward, she hopes people remember all of the families who were impacted so suddenly by the loss of their loved ones.

"It's to have that passion to understand what loss they suffered. Because there was nothing to prepare you for it," she says.

She says despite so many families being impacted so suddenly on that day 20 years ago, she believes that tragedy also helped make them part of a much larger family, connected with everyone who lost a loved one that day.