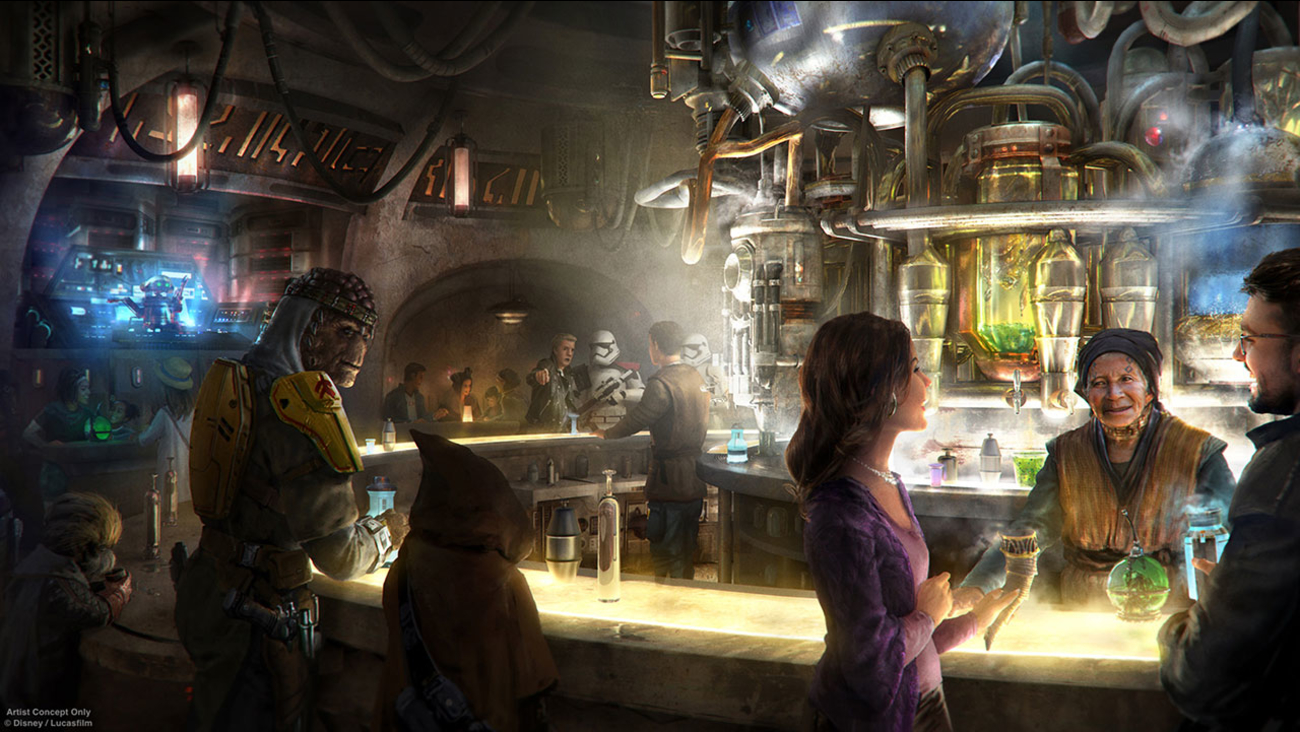 A conceptual rendering of the interior of Oga's Cantina shows all sorts of characters at the alien-friendly bar planned for Star Wars: Galaxy's Edge. (Disney/Lucasfilm)

In a Disney Parks Blog post Thursday, officials announced that Oga's Cantina will be opening at Black Spire Outpost inside the Star Wars-themed land in 2019.

The cantina was described by parks officials as "the kind of establishment that attracts some of the most interesting and disreputable characters in the galaxy," hinting that visitors can expect to sidle up to some familiar characters at the bar.

Disney officials also alluded to the fact that the cantina will likely serve alcohol, making it one of only two locations inside Disneyland to do so.

"Patrons of the cantina come from across the galaxy to sample the famous concoctions created with exotic ingredients using "otherworldly" methods, served in unique vessels," officials said in the blog post. "With choices for kids and libations for adults, the cantina will make for a great stop!"

The post also revealed that Oga's Cantina will feature an in-house DJ who may be familiar to Disney parks aficionados: RX-24, the former StarSpeeder 3000 pilot droid from Star Tours, will be spinning stellar tunes.