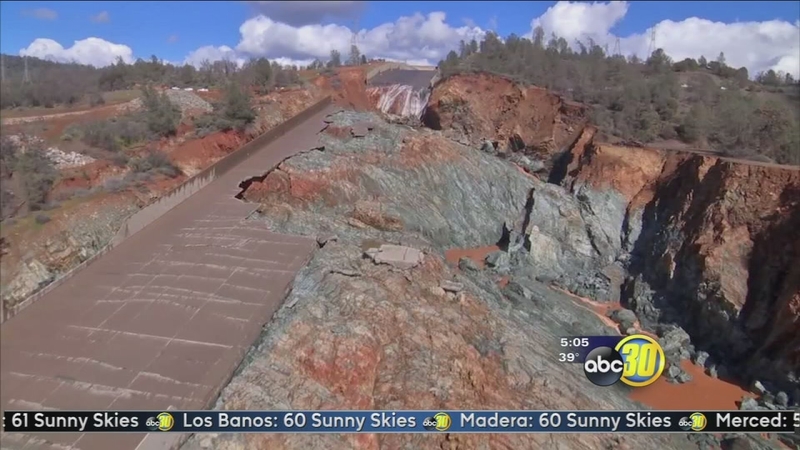 Water will not be released for the next five to seven days, in the hopes that workers can remove between 500,000 and 1 million cubic yards of debris by barge and excavator, said Lauren Bisnett, spokeswoman with the Department of Water Resources.

"That is certainly the goal," she said. "They've got to get down and see what's going on."

Water managers turned to the emergency spillway for the first time in the 48-year history of the country's tallest dam after a chunk of concrete tore out the main spillway following heavy rains.

But the flow of water ripped through a road below and carved out deep chasms in the ground, leading authorities to evacuate nearly 200,000 people Feb. 12 for two days for fear the emergency spillway could fail.

Removing the debris will bring officials one step closer to restarting the Hyatt Power Plant, which in turn will help remove water from the dam to make way for more water in advance of the spring runoff, Butte County Sheriff Kenneth Honea said Monday.

Mountains have swelled with a massive snowpack in Northern California this winter.

"We're in it for the long haul and I've asked the public to be aware of that and be patient as we go forward," Honea said.