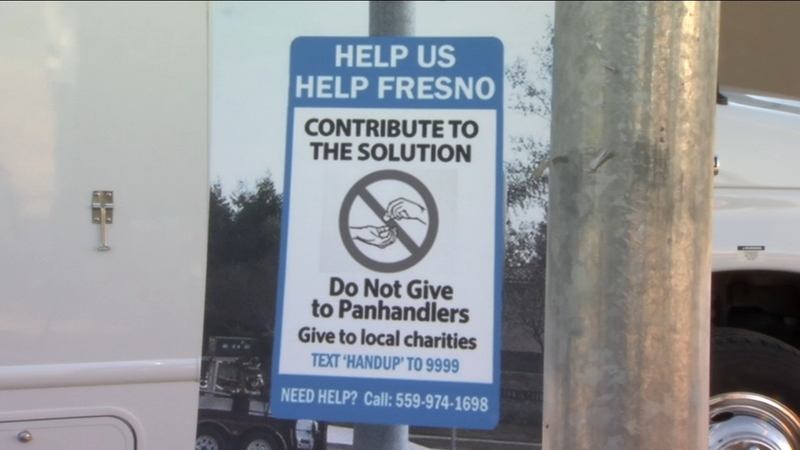 FRESNO, Calif. (KFSN) -- The latest effort to stop panhandling on Fresno streets is aimed at letting generous residents know there are better alternatives.

Efforts to make panhandling illegal have been struck down in the courts. A recent effort to make it illegal to donate to panhandlers failed in the city council. Now comes a new approach

"This is not about denigrating anybody this about trying to uplift people," said Councilman Garry Bredefeld.

"This initiative doesn't punish anyone or penalize anyone for giving or receiving charity," said Councilman Miguel Arias.

The proposal going before the city council calls for signs to be posted throughout the city to urge residents to donate to a local charity, instead of giving money directly to the homeless.

Fresno police chief Jerry Dyer says some panhandlers make a good living by taking money that could be put to better use helping others.

In addition, an app or number would be advertised to call for help for homeless panhandlers. The Fresno Rescue Mission dispatches an RV to pick up anyone needing temporary shelter.

Rescue Mission CEO Matt Dildine says too many panhandlers are misusing the money they get directly from the public.

"The last thing we want to do though to somebody who is suffering from an addiction is to give them a dollar because that dollar can be the equivalent of handing them a needle," he said.

But homeless advocate Desiree Martinez maintains most panhandlers are truly needy and doesn't think spending $20,000 on signs will discourage panhandlers or those who want to give.