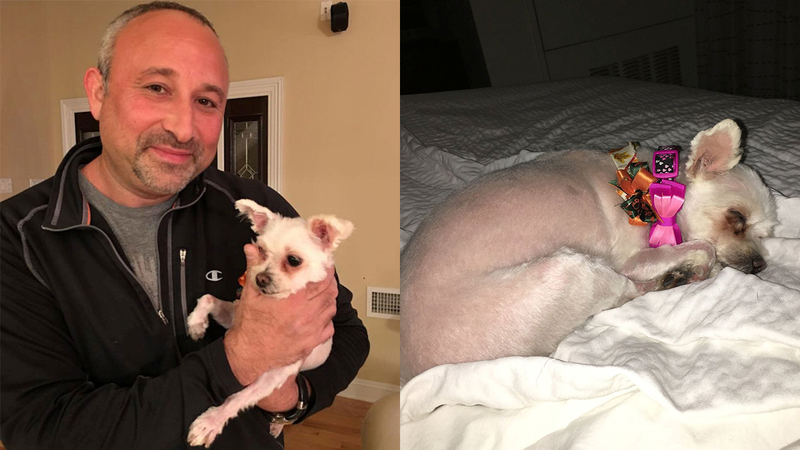 Bill Gerstein, of Delray Beach, said he got an email Tuesday from a New Jersey animal shelter after they found his information on a microchip.

"I was like, how the heck did the dog get here to New Jersey?" Paterson Animal Control Officer Angel Rivera said. "If the microchip was never registered, he would have never found the dog. We would've given the dog up for adoption, or have given it to one of the rescues that come through the shelter."

Gerstein booked a flight and headed to Paterson, where he was reunited with the pooch. He said Bella was shaking uncontrollably for about 10 minutes after he arrived.

"I always hoped that one day she would be found and come back, I just didn't know it would require a flight to do it," he said. "We're forever grateful to Angel and the Paterson Animal Shelter."

He said a family in Paterson cared for her for about nine months before she ran away and ended up in the shelter, but he has no idea how Bella got to New Jersey.

"I call it the Thanksgiving miracle," he said. "And I say that everyone should get their animals chipped. Because without that, there would have been no prayer of seeing the dog again."

Gerstein said his six kids quickly got reacquainted with Bella, and that they are now fighting over who she gets to sleep with next.