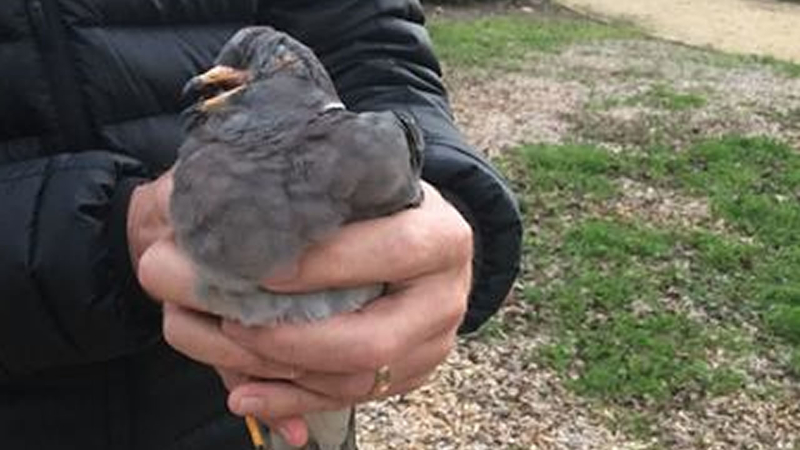 LOS GATOS, Calif. -- A deadly disease is killing off a certain species of pigeons. In a matter of weeks, more than a thousand pigeons have died. The counties with the highest death tolls are Santa Barbara and Santa Clara counties.

"It's really horrible," Los Gatos resident Sally Edsall said. "In their eyes as well, their beaks in particular are very infected."

Band-tailed pigeons are dying by the hundreds in Santa Clara County and the sudden deaths started last month, and have been rising since.

"Last week was definitely a peak where we were having five, six a day," Edsall said.

A parasite is attacking the pigeons and specifically, and spreading trichomoniasis -- a lesion causing disease that closes off the birds' throats. The birds then die of suffocation or starvation.

"Losing a thousand is a big deal," Rebecca Dmytryk, executive director of Wildlife Emergency Services said. "They don't recover very quickly because they only have one chick per year."

The drought is contributing to the problem. Pigeons are sharing limited water sources and infecting one another.

A creek in East Los Gatos may be the cause of deaths in the area.

Birds are literally falling out of the trees on Twin Oaks Drive. Thirty dead birds were found at one house alone.

"I was definitely concerned before. I didn't even want to walk in my back yard," Anne Griffin, a Los Gatos resident, said.

Experts hope the disease will slow down once the pigeons start migrating out of the area.